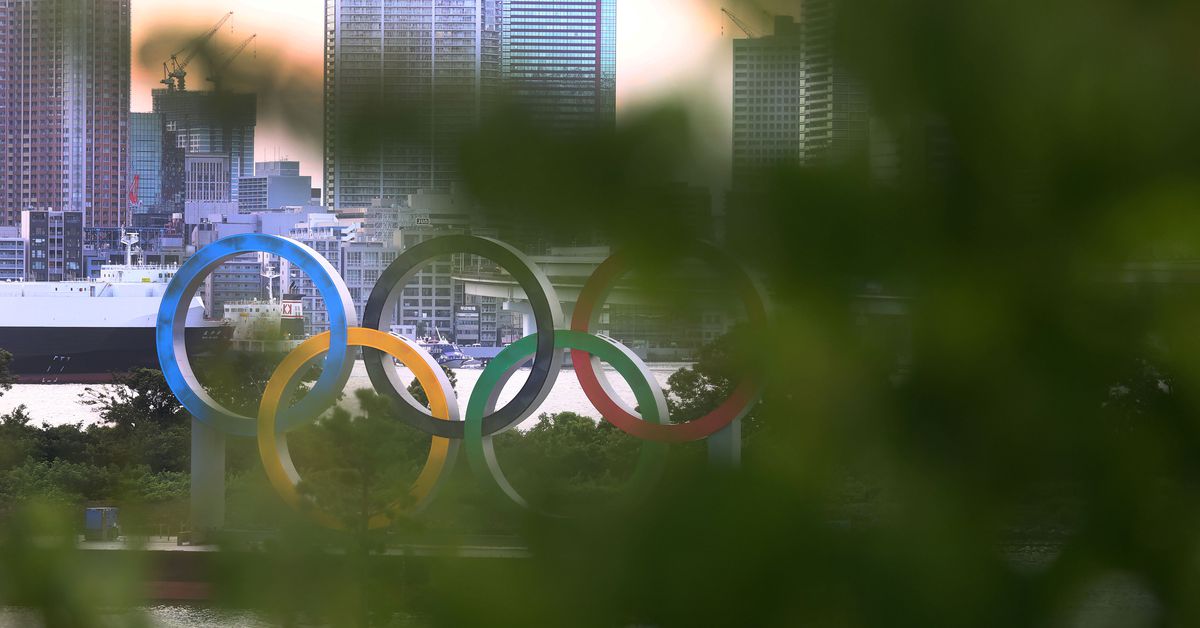 The Olympic Rings are seen in front of the skyline during sunset, three days ahead of the official opening of the Tokyo 2020 Olympic Games in Tokyo, Japan, July 20, 2021. REUTERS/Kai Pfaffenbach

TOKYO, July 22 (Reuters) - The director of the opening ceremony of the Tokyo 2020 Olympics has been dismissed, organisers said on Thursday, following news reports about his past comments on the Holocaust.

On the eve of the Tokyo Games, organisers fired the director of the opening ceremony over a joke he made about the Holocaust, while media reported former Prime Minister Shinzo Abe, a staunch advocate for the Tokyo Games, would skip the showpiece event.