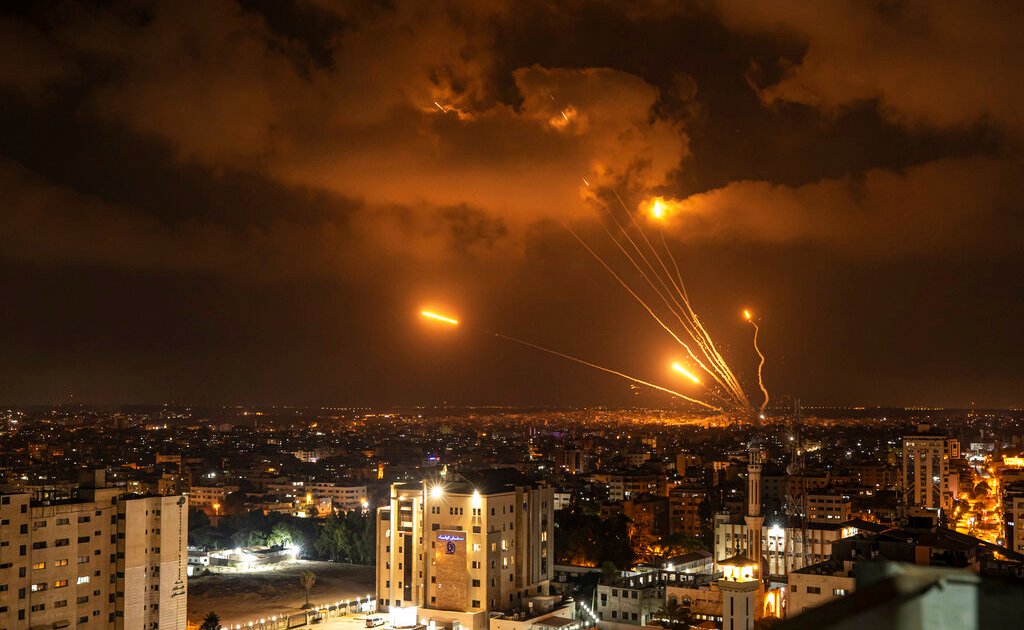 There was mixed reaction to Israel’s deadly attack on the Gaza Strip and Palestinian rocket fire in response, with Israel and its allies defending the air raids and those supporting the besieged territory denouncing the violence.

The UN special coordinator for the Middle East peace process, Tor Wennesland, warned the “dangerous” escalation risked creating the need for more aid at a time when world resources were stretched by other conflicts.

“In the past few hours, at least 10 Palestinians were killed by Israeli air strikes. I am deeply saddened by reports that a five-year-old child has been killed in these strikes. There can be no justification for any attacks against civilians,” said Wennesland.

John Kirby, US National Security Council coordinator for strategic communications, defended Israel’s attack on Gaza and urged both sides to de-escalate the situation.

“We’re actively engaged with the Israeli-Palestinian regional partners to work towards achieving more calm in the wake of these strikes. And we certainly urge all sides to avoid further escalation. We remain unwavering in our commitment to Israel’s security, and we will continue to work to strengthen all aspects of the US-Israeli partnership.”

“We absolutely fully support Israel’s right to defend itself against terrorist groups that are taking the lives of innocent civilians in Israel. As for the two-state solution, we remain committed to a two-state solution. That was one of the president’s key messages on this trip, both to Jerusalem and Bethlehem. We still want to see that be the outcome, but both sides have to want it too.”

Ankara “strongly” condemned the Israeli air raids on Gaza and said it is “unacceptable that civilians, including children, lose their lives in attacks”.

“We are deeply concerned about the rising tension in the region after the attacks. We emphasize the need to end these events before they turn into a new spiral of conflict,” it said.

Cairo is working to calm the latest escalation in Gaza. “We hope to reach a consensus to return to calm as soon as possible,” an unnamed security source told AFP news agency. Separately, another source said a delegation from Islamic Jihad may head to Cairo later Saturday.

Hamas’ Doha-based leader Ismail Haniyeh has held talks with “Egyptian intelligence” over the violence, a statement from the group said. Egypt, a historic broker between Israel and armed groups in Gaza, negotiated the ceasefire that ended the conflict in May of last year.

Qatar – a major financial backer that has spent billions of dollars rebuilding Gaza and supporting its people after Israeli attacks – expressed its “strong condemnation and denunciation” of Friday’s attacks. It stressed “the need for the international community to move urgently to stop the [Israeli] occupation’s repeated attacks against civilians, especially women and children”.

No one can stop them: African migrants aim for Spains Canary Islands

Trump Thanked for His Sacrifices at $2K-a-Ticket Fundraiser