A team of archaeologists from the University of Leicester in central England certainly appear to have the golden touch. 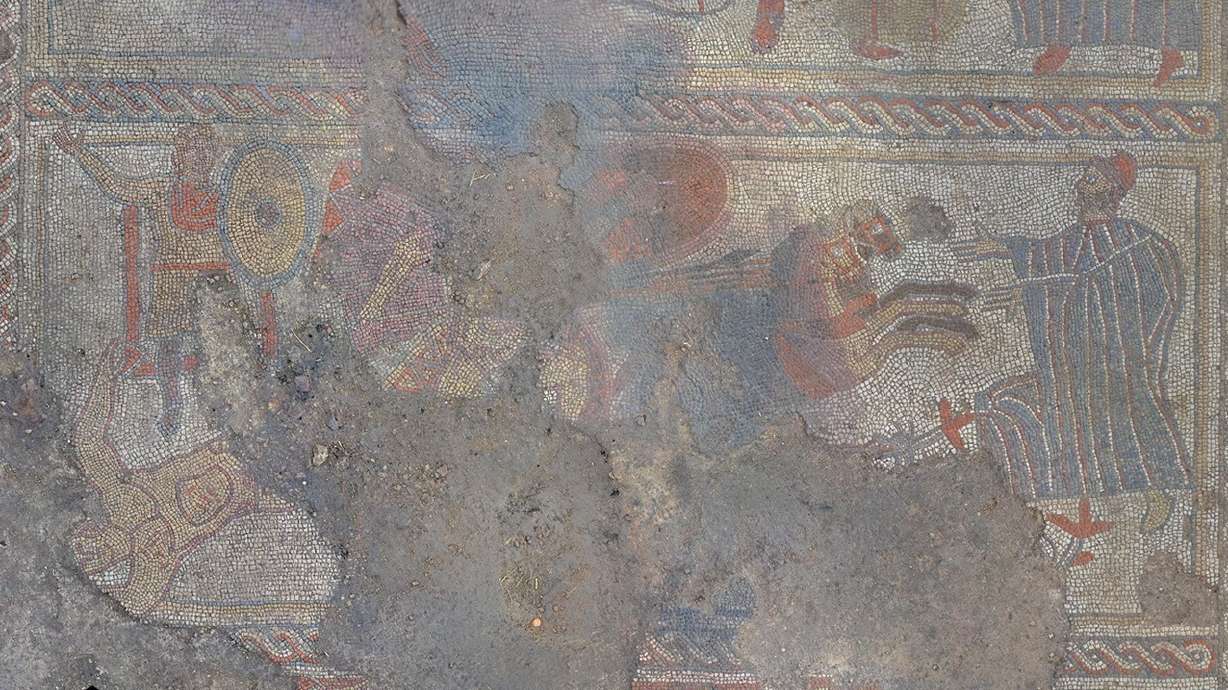 Nearly a decade on from uncovering the remains of King Richard III under a car park near Leicester Cathedral, the universitys archaeological team have unearthed a Roman mosaic featuring the great Greek hero of Achilles in battle with brave Hector during the Trojan War — this time in a farmers field about 160 kilometers (100 miles) north of London.

John Thomas, deputy director of University of Leicester Archaeological Services and project manager on the excavations, said the mosaic says a lot about the person who commissioned it in the late Roman period, between the 3rd and 4th century.

“This is someone with a knowledge of the classics, who had the money to commission a piece of such detail, and it’s the very first depiction of these stories that we’ve ever found in Britain,” he said. “This is certainly the most exciting Roman mosaic discovery in the U.K. in the last century."

In light of its rarity and importance, Britains Department of Culture, Media and Sport on Thursday granted the mosaic the countrys oldest form of heritage protection. It is now a scheduled monument, which makes it a criminal offense for anyone to go digging around the site or even metal-detecting.

“By protecting this site we are able to continue learning from it, and look forward to what future excavations may teach us about the people who lived there over 1,500 years ago,” said Duncan Wilson, chief executive of Historic England.

The mosaic in the county of Rutland was found by Jim Irvine, whose father Brian Naylor owns the land, in the midst of last years lockdown during excavations of an elaborate villa complex made up of a host of structures and other buildings. Irvine then notified the authorities, leading to an excavation by the universitys archaeological team.

The archaeologists discovered remains of the mosaic, measuring 11 meters (36 feet) by almost 7 meters (22.9 feet). Human remains were also discovered in the rubble covering the mosaic and are thought to have been interred after the building was no longer occupied.

The dig, which remains on private land, has now been back-filled to protect the site and work will continue to potentially turn over the field to grassland to lower the risk of future damage from ploughing.

Theres little time for the team at the university to rest up following their latest excavation success. In January, they are due to start digging near Leicester Cathedral, in what is expected to be the citys deepest ever excavation, in the hope of finding long-lost treasures from medieval times and ancient times.

The team is best-known for its search of the lost grave of Richard III, which began in August 2012. In February of the following year, the university announced that they had found the remains of Englands last Plantagenet king and the last English monarch to have died on the battlefield. He died in 1485.