The Wall Street Journal: Russia-Ukraine War Latest News: McConnell Leads GOP Senators in Unannounced Visit to Ukraine. too late mitch - pelosi & jill got their cuts already. nothing but crumbs left for you.. 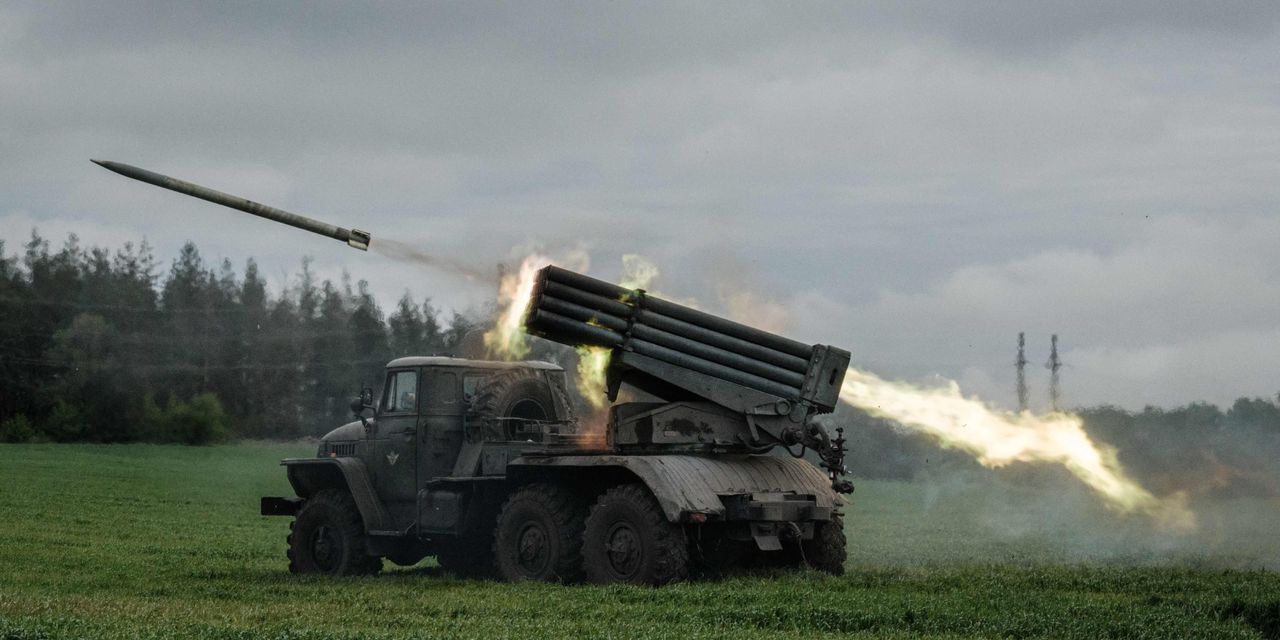 Ukraine: Ukrainian forces began a counteroffensive toward the eastern city of Izyum, attempting to disrupt Russian supply lines into Donbas, while continuing to clear villages north of Kharkiv.

Republican senators led by Minority Leader Mitch McConnell (R., Ky.) traveled to Kyiv to meet with President Volodymyr Zelensky on Saturday. The Ukrainian president said the visit was a powerful signal of bipartisan support for Ukraine from Congress and the American people.

Europe: The European Union plans to add the equivalent of more than $500 million to a fund set up to repay European countries that provide weapons to Ukraine, an official said, bringing the total provided by Brussels for weapons deliveries to over $2 billion.

Russias ambassador to the U.S., Anatoly Antonov, said the war in Ukraine is increasingly drawing Washington into conflict with Moscow, calling the situation extremely dangerous.

“The situation today, is extremely, extremely dangerous. The U.S. is being drawn deeper and deeper into conflict with the most unpredictable consequences for relations between the two nuclear powers,” Mr. Antonov said Saturday on Russian television.

The U.S. and its allies have been shipping large volumes of heavy weaponry to Ukraine, including more advanced Western systems to supplement the light weapons and Soviet-era arms that were funneled into Ukraine since before the invasion started.

According to the Kremlin, Mr. Putin told Finland’s President Sauli Niinistö in a phone call Saturday that ending its decadeslong nonaligned defense policy by joining the North Atlantic Treaty Organization would be a mistake for Helsinki. The Finnish leader initiated the call to explain to Mr. Putin how his invasion of Ukraine had altered the security environment, prompting Finland to seek NATO membership in the coming days.

Russian Deputy Foreign Minister Alexander Grushko, meanwhile, said that Moscow would need to take “adequate precautionary measures” if NATO were to deploy infrastructure for nuclear weapons near Russia’s borders, including in Finland.

NEW DELHI—India said it would ban wheat exports, in a move that will add to global inflationary pressure and further strain global food supplies that have been disrupted by the war in Ukraine.