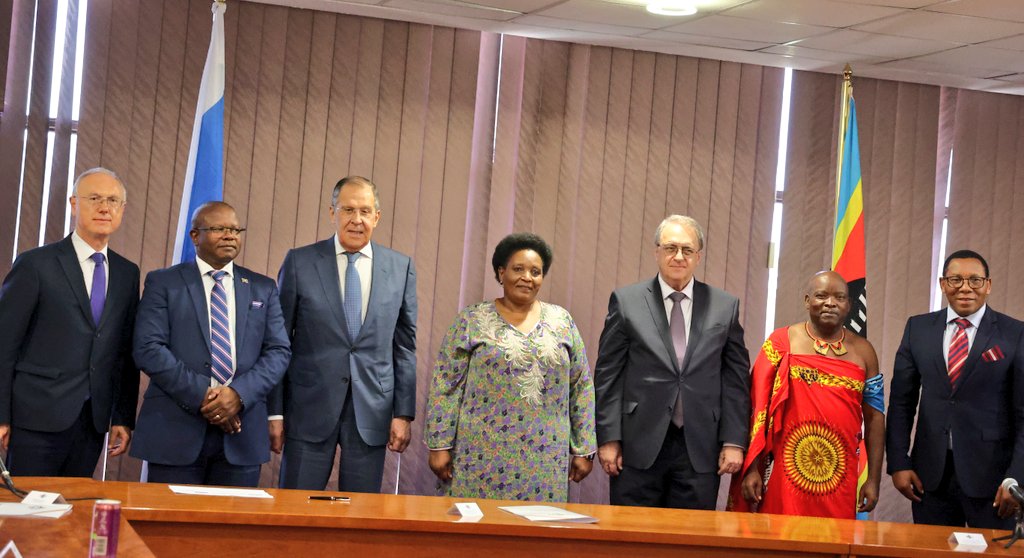 “Russia is prepared to assist Eswatini in training of security personnel, improving food production and also assistance on other issues of mutual cooperation,” Lavrov told reporters.

Responding to a question on the political crisis in Eswatini, the minister said “as a matter of principle, we do not interfere with the political situations of any country”.

“We are here to promote our good relations, to create the best atmosphere for implementation of practical projects from the ground — industry, agriculture, information communication technologies and many other things,” he said.

Maseko, 52, was shot dead on Saturday night by unknown attackers at his home around 50 kilometres (30 miles) from the capital Mbabane, an opposition spokesperson told AFP.

Maseko, a leading human rights lawyer and columnist, was the founder of the Multi-Stakeholder Forum (MSF), a coalition of opposition parties, associations and churches.

In 2014, Maseko was jailed for contempt of court over articles critical of the government and judiciary but was acquitted on appeal and released a year later.