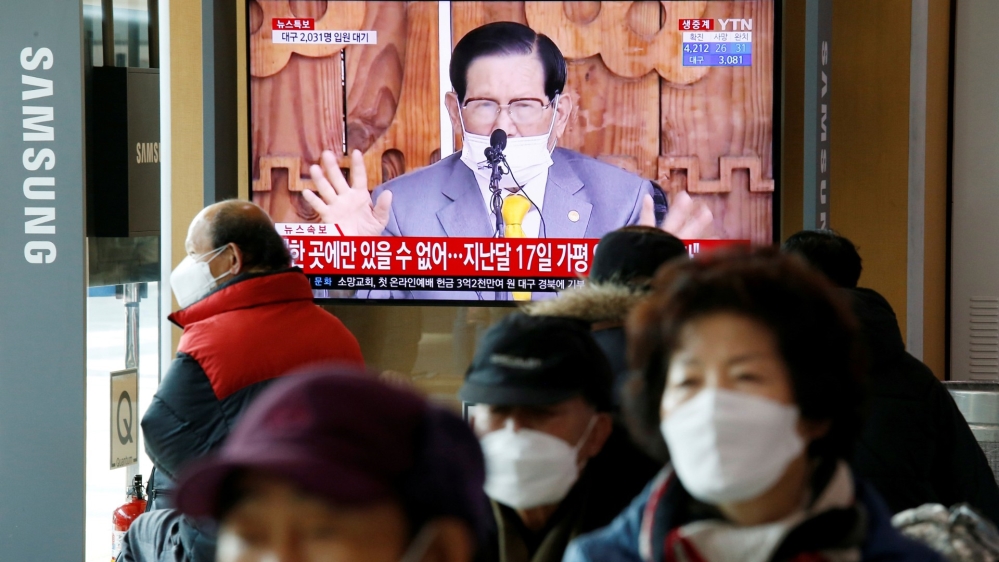 SEOUL—The leader of the mysterious church at the center of South Korea’s major Covid-19 outbreak was arrested Saturday for withholding and falsifying records, which allegedly hobbled the government’s early efforts to curb the spread of the virus.

Lee Man-hee, the 88-year-old leader of the Shincheonji Church of Jesus, was questioned for more than eight hours on Friday by a local judge in Suwon, a city just south of Seoul. He is accused of providing false documents to health authorities at the peak of South Korea’s outbreak in February. At the time, the government requested a full list of facilities where church members gathered to track down potential close contacts.

After the first Shincheonji member tested positive for the coronavirus in the city of Daegu on Feb. 18, more than 5,000 cases were linked back to the church. South Korea has reported 14,336 cases of infection, according to the Centers for Disaster Control and Prevention.

Mr. Lee and other church officials have denied the allegations against them and say they have cooperated with authorities. At a news conference in March, Mr. Lee knelt, bowed in front of reporters and apologized for the church’s role in the outbreak. While he did not address the legal challenges against himself or the church, Mr. Lee said Shincheonji would provide a full list of its members and cooperate with the government investigations.

In a Saturday statement, Shincheonji said Mr. Lee was concerned about the government’s “excessive” requests for church members’ personal information, but he hadn’t intended to interfere in the government’s antivirus efforts.

“The court’s issuance of the arrest warrant does not mean a guilty verdict and we will do our best to reveal the truth in the upcoming court trials,” the statement said.

Last week, a church official wrote to The Wall Street Journal saying leaders of the church were being detained and investigated despite their efforts to cooperate with authorities since the coronavirus outbreak began.

Mr. Lee, who is believed by church members to be immortal, founded Shincheonji in 1984. The group now claims it has more than 245,000 members world-wide, though about 21,000 are in South Korea where it has 1,100 venues. The national government in Seoul has called Shincheonji a Korean cult.

The outbreak at a Shincheonji church in Daegu, South Korea’s fourth-largest city with 2.4 million people, proved to be a major complication for health investigators.

Health authorities soon learned thousands of worshipers had knelt on the ground close to each other during services. Shincheonji members are told they must recruit followers to gain eternal life, meaning they had crossed paths with many other people at busy intersections or even in other towns. Many Shincheonji followers were hesitant to come forward, as some concealed their ties to the church to co-workers—and even their own families.