When I took this job, I told myself to be true to myself. So, here you 🗣️Mr Allott, by your actions, denial and pig-headed arrogance we can see that you care not a jot for what you are putting Sarah Everard’s family and friends through, even now. 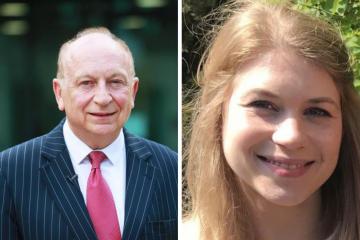 But before we do that, we should pause for a moment to remember Sarah Everard. A happy, conscientious, thoughtful woman who was just walking home when she was stopped. Stopped by a police officer, seemingly in the line of duty. Apprehended. Handcuffed. Abducted. Raped. Strangled to death. The remains of her body burned and hidden - by a police officer.

Mr Allott told BBC Radio York listeners - Sarah’s home town - she should, in fact, not have trusted the police officer who stopped her, citing covid-19 legislation that was introduced amid the global pandemic - to help save lives.

He said that women ought to be more ‘streetwise’ when it comes to their (note, their - women!) encounters with police, adding that Sarah should never have submitted to Couzens.

By his words, it is evident that - instinctively - Mr Allott believed Sarah Everard was to blame for what happened to her. To question Sarah’s ability to sense danger. Her intellect, even.

But he wasn’t just taking aim at Sarah. He went on in his interview to state that: ‘perhaps women need to learn a bit more about the legal process.’ Just women, incidentally.

So, what did he mean? In the context of those words it is reasonable to deduce that what Mr Allott believed - and perhaps believes - is that women are to blame for any harm they may come to at the hands of men. Police officer or otherwise.

The Yorkshire Post cannot put this better than did Nazir Afzal, former chief executive of the Association of Police and Crime Commissioners and once Chief Crown Prosecutor for the North West of England. He said that what Mr Allott said revealed much about the man.

He told The Yorkshire Post that in saying what he said, Mr Allott had been seen. He added: “What he said goes beyond requiring an apology. He apologised because of how his words were received, but what it shows us is who he is, and you cannot apologise for who you are.”