The number of graves at a cemetery used by a Russian mercenary group has grown over the last two months, satellite images show, suggesting around a sevenfold increase in graves, according to an @NBCNews analysis of the site. 🗺️: Maxar Technologies. 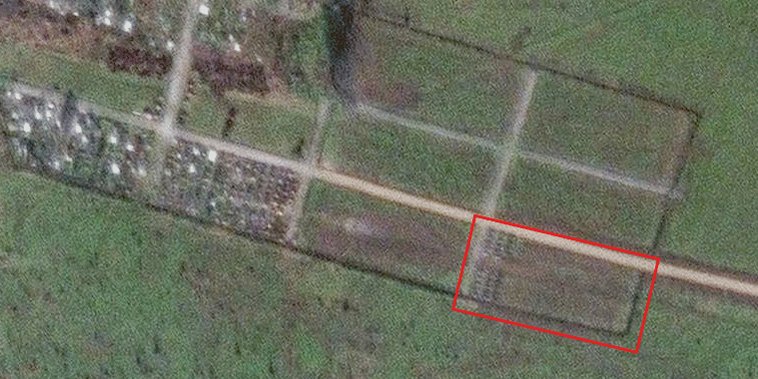 The number of graves at a cemetery used by Russias notorious mercenary Wagner Group has dramatically grown over the last two months, satellite images show.

A photograph taken on Jan. 24 by Maxar Technologies, a U.S. defense contractor headquartered in Colorado, shows at least 121 burial plots in a section of the cemetery allotted to fighters from the private military company.

An image of the same area taken on Nov. 24 appears to show around 17 graves, suggesting that in two months there has been around a sevenfold increase, according to an NBC News analysis of the site on the outskirts of the village of Bakinskaya, in southwestern Russia.

The apparent expansion at the site, which is situated around 200 miles from the border with Crimea, comes after Wagner Group fighters were belatedly credited earlier this month by Russias defense ministry with taking the town of Soledar in eastern Ukraine, which saw some of the war’s most intense combat.

Yevgeny Prigozhin, the head of the Wagner Group, said troops from his irregular private army had taken the salt-mining town two days before the official announcement. He later griped that the Russian military was “constantly trying to steal Wagner’s victory.”

Prigozhin, a longtime ally of Russian President Vladimir Putin and former restaurateur, has recruited former prisoners as soldiers for hire in Russia’s war on Ukraine, promising bounties and pardons in exchange for service. The Wagner Group previously provided assistance to the Russian military during conflicts in Syria and Libya.

Acknowledging Soledars fall for the first time on Wednesday, Serhii Cherevatyi, a spokesman for Ukraines forces in the east, said his countrys troops had now moved away from the town to previously prepared defense lines, “in order to preserve the lives of the personnel.”