‘SNL’: Michael Che Jokes About NBC Trump Town Hall On Weekend Update: “What Can We Say We Have A Type”

‘SNL’: Michael Che Jokes About NBC Trump Town Hall On Weekend Update: “What Can We Say We Have A Type” 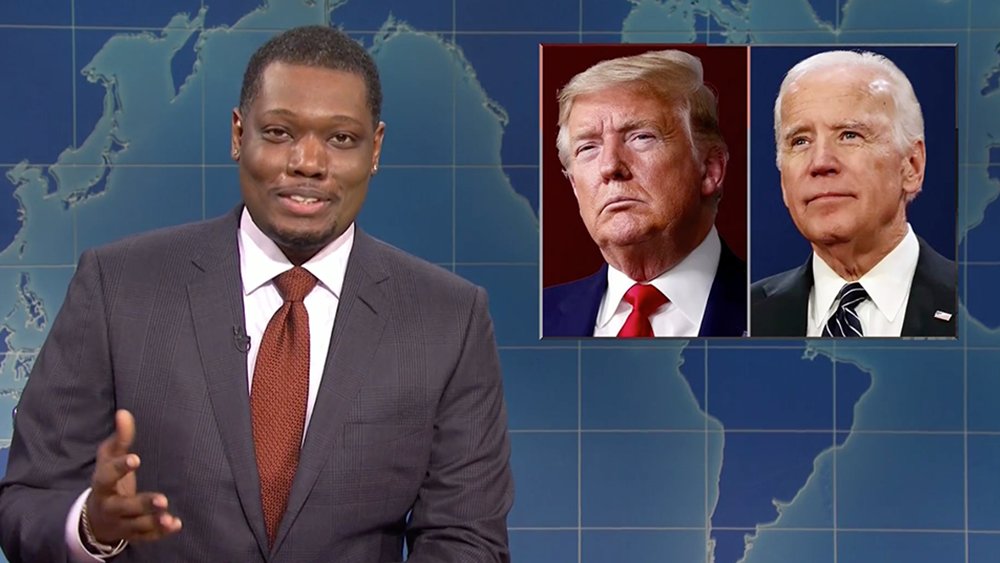 Saturday Night Live took on the competing ABC Joe Biden and NBC Donald Trump town halls during its latest episode.  The show kicked off with a cold opening that saw Alex Baldwin reprise his role as 45 and Jim Carrey transform into the Democratic presidential nominee and former vice president.

The jokes about the conflicting town halls also found their way into the latest “Weekend Update” installation. Upon bringing up the topic of the NBC town hall, Michael Che said that the Thursday program shouldn’t have been a surprise.

“What can we say, we have a type,” the comedian said. Next to Che appeared a picture of Bill Cosby, Matt Lauer and Trump, hinting at the first two men’s rape accusations.

Che’s joke comes after NBC received backlash for running a town hall at the same time as Biden’s on ABC, despite the latter being scheduled first. As a result of the decision, a number of Hollywood stars including Wanda Sykes and and Julia Louis-Dreyfus supported the NBC blackout and urged viewers to watch the ABC town hall instead.

“Weekend Update” didn’t let up on Trump. Joining Che and Colin Jost on the desk were Alex Moffat as Donald Trump Jr. and Kyle Mooney as Eric Trump. With the two on set, the segment went on to mock Trump’s “sarcastic” suggestion of disinfectant as COVID-19 treatment.

The “Weekend Update” segment also touched on Trump’s failure to denounce QAnon during the town hall, his surprisingly low tax returns and the president’s packed rallies.