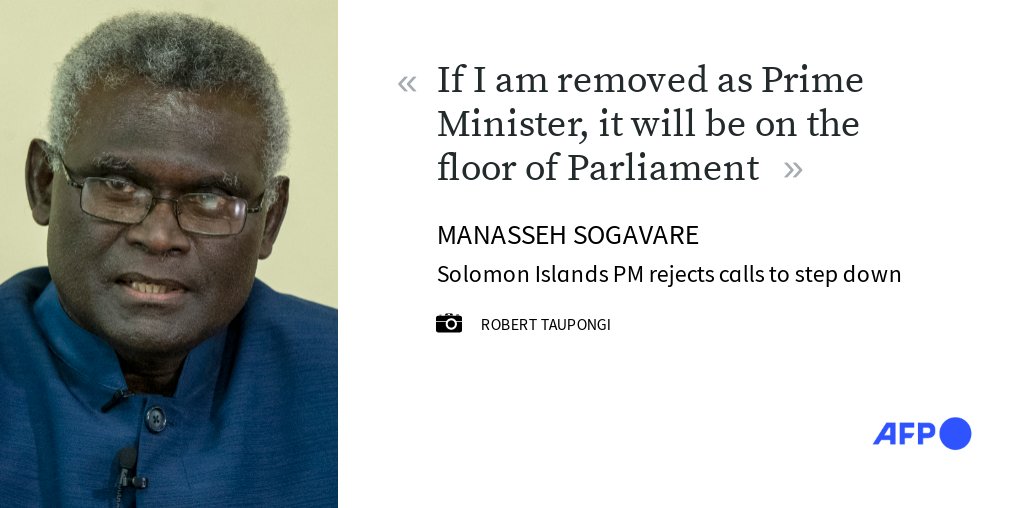 SYDNEY/CANBERRA, Nov 25 (Reuters) - Australia will deploy more than 100 police and military personnel to aid the Solomon Islands, Prime Minister Scott Morrison said on Thursday, as protesters in the Pacific Island nation defied a curfew to protest for a second consecutive day.

Australia will send 23 police officers immediately to assist with riot control, Morrison said, with a further 50 personnel to enforce security at critical infrastructure.

"Our purpose here is to provide stability and security to enable the normal constitutional processes, within the Solomon Islands, to be able to deal with the various issues that have arisen," Morrison told reporters in Canberra.

The deployment of Australian personnel comes amid reports and images shared on social media showing crowds of protesters and burning buildings in the Chinatown district of Honiara.

Smoke is seen after buildings were set on fire in Chinatown, as Solomon Islanders defied a government-imposed lockdown and protested in the capital, in Honiara, Solomon Islands November 25, 2021, in this still image taken from video provided on social media. Mandatory credit Georgina Kekea/via REUTERS

Many protesters travelled from the most populous province Malaita to the capital because of concern about being overlooked by the national government, according to media reports.

The province opposed a 2019 decision to end diplomatic ties with Taiwan and establish formal links with China, resulting in an independence referendum last year which the national government has dismissed as illegitimate.

The Solomons, the scene of some of the fiercest fighting in the Second World War, experienced major rioting in 2006 following disputed elections, with many Chinese-owned businesses in Honiara burnt and looted.

Sogavare on Wednesday declared a 36-hour lockdown in Honiara after the latest unrest, calling it "another sad and unfortunate event aimed at bringing a democratically elected government down".

The lockdown, which would run until 7 a.m. on Friday, would "allow our law enforcement agencies to fully investigate the perpetrators of todays events and to prevent further lawless destruction," Sogavare said.

"We want to make sure that our streets, schools and businesses will reopen soon after the lockdown," said RSIPF deputy commissioner Juanita Matanga in a statement.