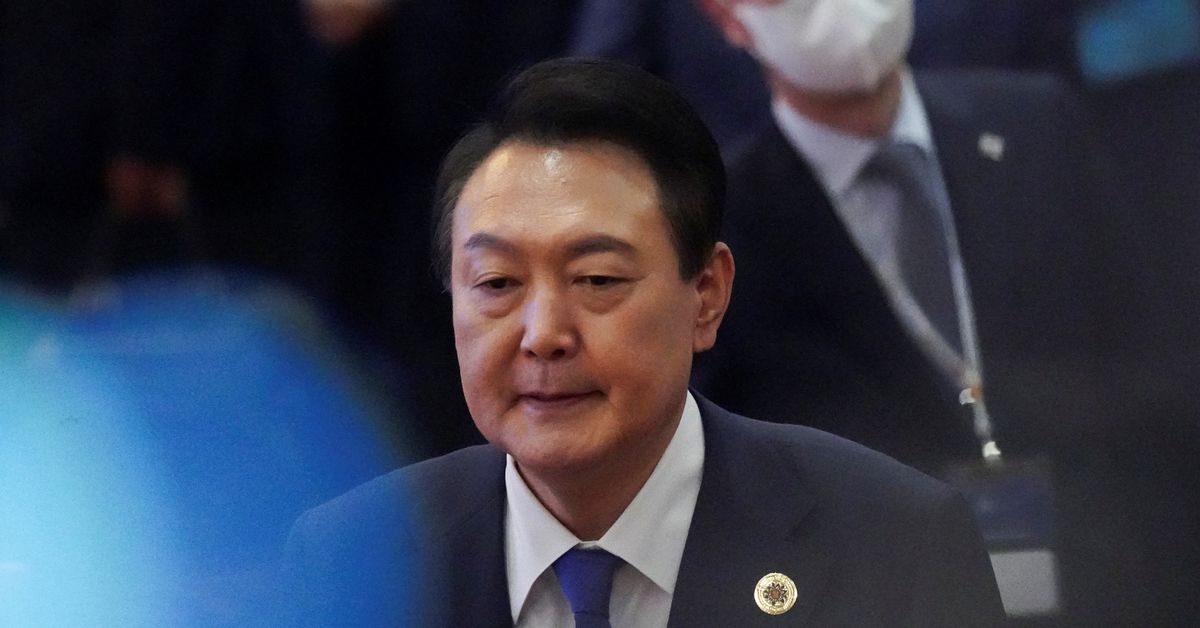 SEOUL, Nov 25 (Reuters) - South Korean President Yoon Suk-yeol warned the government might step in to break up a nationwide strike by truckers, describing it as an illegal and unacceptable move to take the national supply chain "hostage" during an economic crisis.

Thousands of unionised truckers kicked off their second major strike seeking better pay and working conditions in less than six months on Thursday. The action is already disrupting supply chains across the worlds 10th-largest economy, affecting automakers, the cement industry and steel producers.

Union officials told Reuters there were no ongoing negotiations or dialogue with the government. The countrys transport ministry said it requested dialogue with the union on Thursday, but the parties have yet to agree on a date.

Union officials estimated about 25,000 people were joining the strike, out of about 420,000 total transport workers in South Korea. The transport ministry said about 7,700 people were expected to rally for the strike on Friday in 164 locations nationwide, down from 9,600 people on Thursday.

"The public will not tolerate taking the logistics system hostage in the face of a national crisis," Yoon said in a Facebook message late on Thursday, noting that exports were key to overcoming economic instability and financial market volatility.

"If the irresponsible denial of transport continues, the government will have no choice but to review a number of measures, including a work start order."

According to South Korean law, during a serious disruption to transportation the government may issue an order to force transport workers back to their jobs. Failure to comply is punishable by up to three years of jail, or a fine of up to 30 million won ($22,550).

The strike comes after South Korea saw October exports fall the most in 26 months as its trade deficit persisted for a seventh month, underlining the slowdown in its export-driven economy.

Amid the economic gloom, Yoons approval rating remained mostly flat for the fifth week at 30%, according to Gallup Korea on Friday, although his focus on economic affairs received a positive response.

Outside the gate of the container depot at transport hub Uiwang, dozens of unionised truckers have set up camp and are staying overnight in white tents, watched by patrolling police although the strike has been peaceful so far.

"We are going to pour everything, resources and money, and execute every strategy we have," said Lee Young-jo, director-general at the Seoul metropolitan chapter of the Cargo Truckers Solidarity Union (CTSU).

Lee said apart from existing funds, the union will collect emergency funds among its members if the strike is prolonged. "We are desperate, but the government and politicians are calculating their political gains and not sincerely hearing us," he said.

As opposed to the previous walkout in June that was focused on hampering transport of containers, cement and cars, the union planned to expand their targets and disrupt supplies of groceries and fuel, Lee said.

Italy home to 11 of 100-plus unofficial Chinese ‘police stations’

SIPRI: Ukraine war is not all good news for arms industry