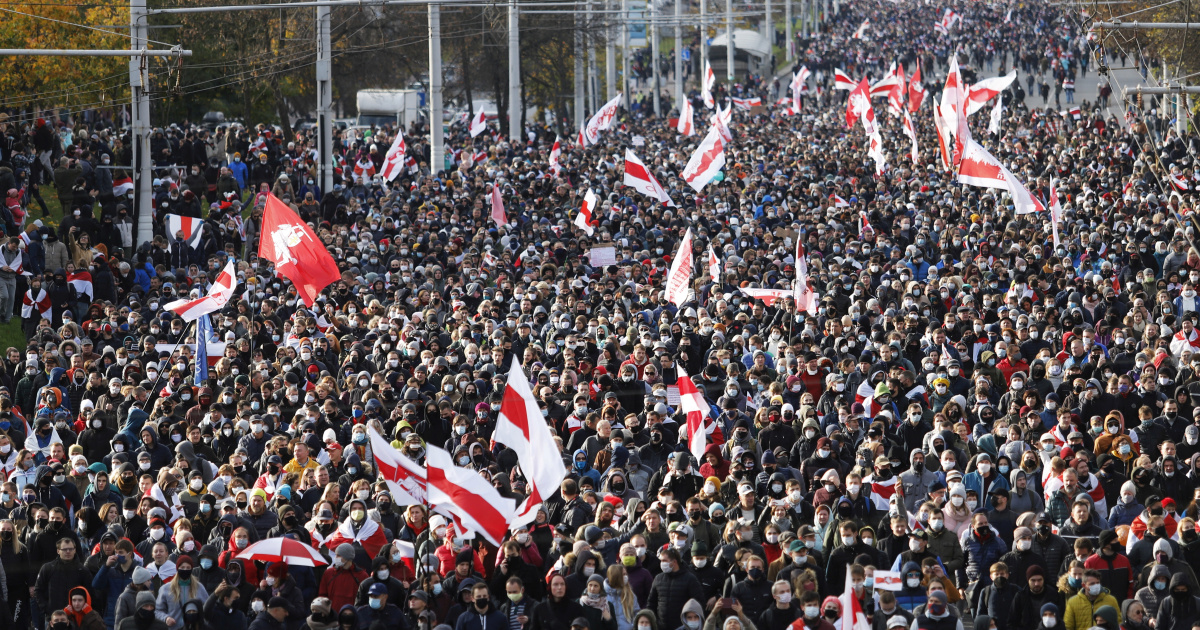 Tens of thousands of people have marched through the streets of the Belarusian capital Minsk to demand the resignation of veteran President Alexander Lukashenko, despite a threat by officials to use firearms against protesters.

Belarus, a former Soviet republic closely allied with Russia, has been rocked by strikes and weekly street protests since authorities announced Lukashenko, who has ruled in authoritarian fashion since 1994, had secured re-election on August 9 with 80 percent of votes.

Interfax also reported the mobile broadband signal had been disrupted in parts of the city. It also said loud noises that sounded like stun grenades had been heard close to the march.

Security forces have arrested more than 13,000 people since the disputed election – including all significant opposition leaders who have not left the country – and clamped down on independent media.

Several people have also died in the post-election crackdown, with harrowing accounts emerging of abuse in jails. Many said they had been tortured, beaten and humiliated in detention.

Police have acknowledged using water cannon and stun grenades against demonstrators but the use of live ammunition would mark a major escalation in the two-month standoff.