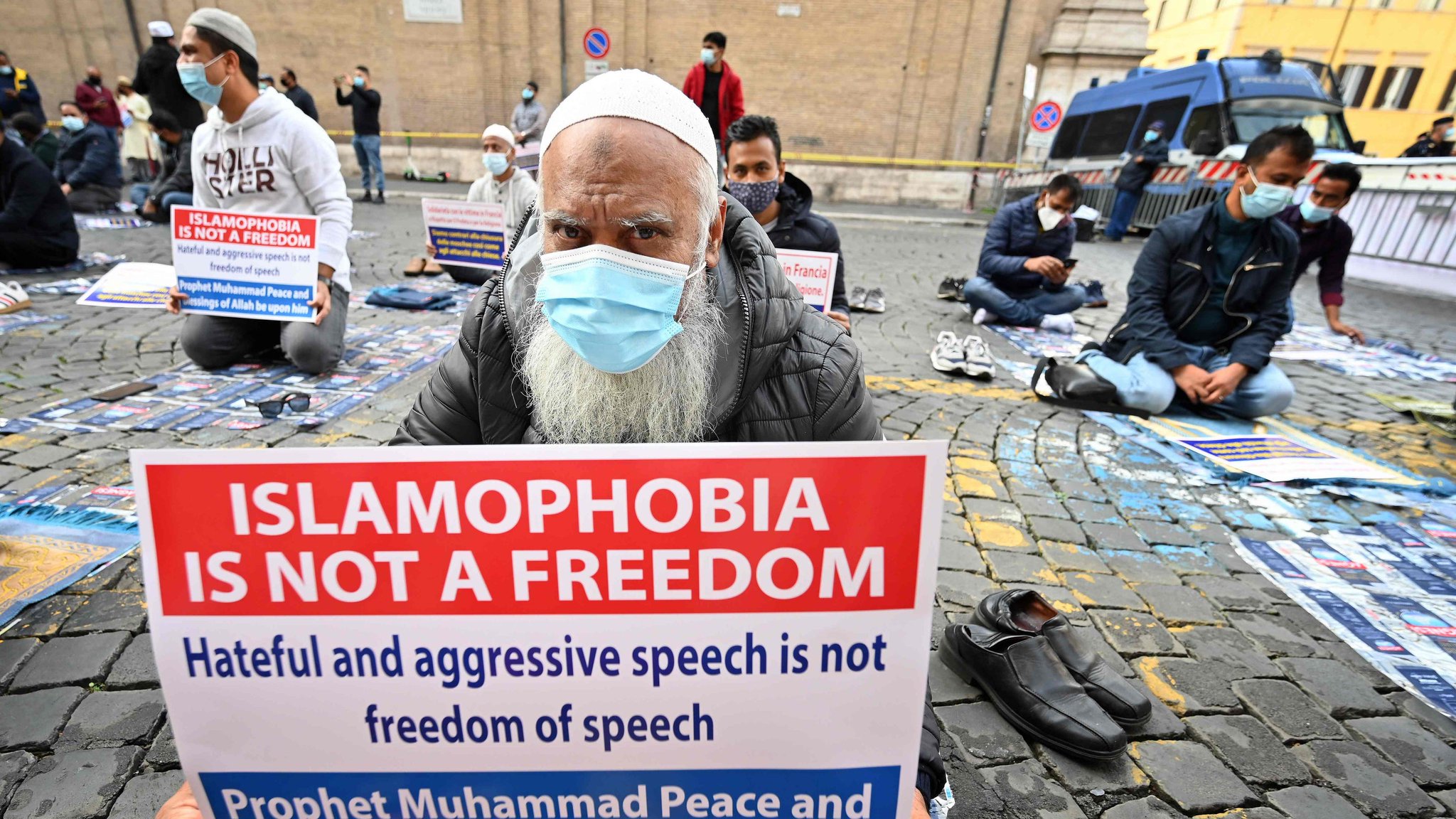 "Its time for us to move," said Moreira, 58, an investigative journalist and documentarian who has reported from some of the worlds most dangerous conflict zones. He spoke to USA TODAY on the day France saw its third terrorist attack since September, when a trial began for alleged accomplices in the 2015 Charlie Hebdo killings.

Five years ago, the satirical magazine Charlie Hebdo published cartoons depicting the Prophet Mohammad, which many Muslims find offensive. In January 2015, two brothers murdered 12 people at their office in Paris, shouting that they had "avenged the prophet."

Moreiras firm Premières Lignes occupies the space across the hall from Charlie Hebdos former offices. Moreiras employees were among the first witnesses of the attack.

Moreira and his employees were not caught up in the latest assault, a gruesome knife attack at a church in the southern French city of Nice on Oct. 29 that killed three people — or the attack two weeks earlier when a middle school teacher in a northern Paris suburb was beheaded by a Chechen man after he had shown his students Charlie Hebdos cartoons as part of discussion about secularism, freedom of speech and religious identity.

But two of Moreiras staff were seriously wounded on Sept. 25 when a knife-wielding assailant targeted two random bystanders in front of the building that previously housed Charlie Hebdos offices. Zaher Hassan Mahmood, 25, has admitted to prosecutors that he wanted to set the building on fire, believing that Charlie Hebdo still operated there. Since 2015, the magazine has been run from a secret location. In a video found on his phone, according to prosecutors, Mahmood is seen railing against the cartoons and denouncing their publication with such intensity that he weeps profusely.

The three recent assaults, described by Frances President Emmanuel Macron as "Islamist terror attacks," have reignited long-simmering tensions in a country where secular values are deeply held and proclaimed. They come also as Macron has sought to crack down on extremism in France following a spate of terrorist attacks in recent years that have, according to Macron, partially resulted from a "counter society" that seeks "Islamist separatism" at odds with Frances republican values.

Muslims are a relatively small minority in Europe, comprising roughly 5% of the population, according to the most recent estimates by the Pew Research Center, a Washington, D.C.-based "fact tank." In France, the Muslim share of the population is the regions highest, at around 9%. Pew estimates the U.S. Muslim population at 1%. Although Islamic extremism gets disproportionate attention, in the United States right-wing extremists were responsible for more than 76% of terrorist attacks and plots in the U.S. in 2019 and 90% in the first half of 2020, according to a report from the Center for Strategic and International Studies, a Washington, D.C.-based think tank.

Macron has outlined a series of measures aimed at quashing religious "separatism" and freeing France from what he has described as radical "foreign influences." These include:

On Thursday, Macron announced that he was more than doubling the number of soldiers deployed in the country to protect against attacks, sending 7,000 to guard schools and religious sites. He has also staunchly defended Charlie Hebdo’s right to publish the caricatures, leading to protests in several Muslim countries and sending relations between Turkey and France to a new low after Turkey’s President Recep Tayyip Erdoğan last week accused Macron of Islamophobia over the caricatures and even questioned his mental health. Paris has since recalled its ambassador to Turkey in protest, and Erdoğan has called on Muslim countries to boycotts French goods.

Yet while many Muslims on religious grounds consider any depiction of the prophet as offensive, the issue in the context of France is nothing if not thorny, experts say.