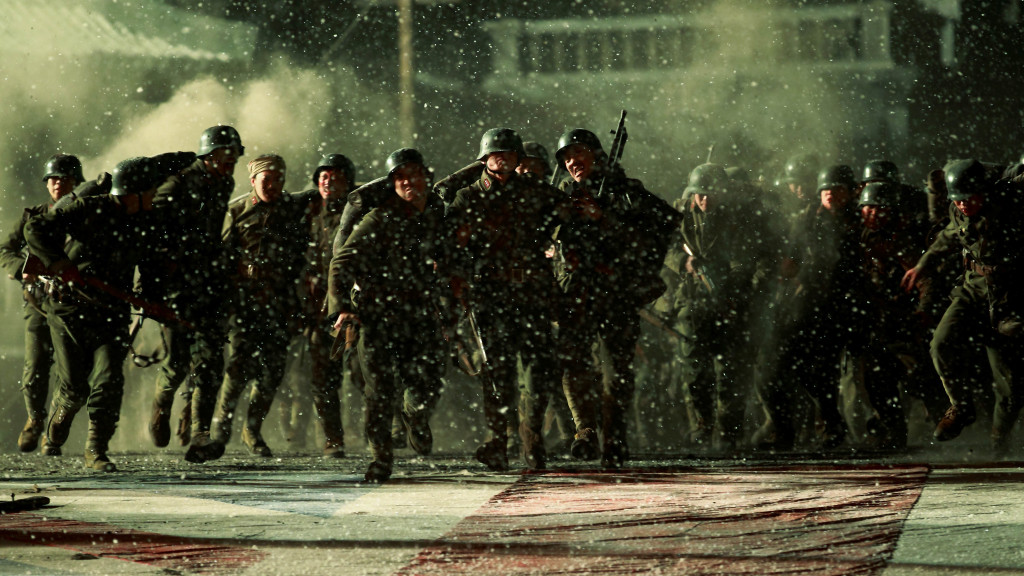 Delayed by over a year for mysterious political reasons, epic Chinese war film “The Eight Hundred” has finally locked down a date for release in theaters.

It will open in conventional and Imax cinemas in China from Aug. 21, making it one of the first outings for a high-profile local film since Chinese cinemas hesitantly returned to operation in late July.

The $80 million film was produced by Huayi Brothers and is directed by Guan Hu (Mister Six”). Its story centers on the sacrifices made a ragtag group of Chinese soldiers in 1937 Shanghai as imperial Japanese troops advanced. Their operations were once praised by Mao Zedong himself as a “classic example of national revolution.” The theme would have appeared to have been in keeping with the patriotic message that the Beijing government wants to promulgate last year to mark the 70th anniversary of the founding of the People’s Republic.

It was selected to play in the prestigious opening slot of the Shanghai International Film Festival, China’s only A-list festival, in June last year. But disaster struck when, with barely 24 hours to curtain up, the screening was canceled. The film’s commercial release on July 5 was called off shortly after.

Despite having been approved by censors in the normal fashion, and given clearance to play a state-backed festival, the film appeared to have fallen foul of other, previously unknown, political considerations. The incident revealed a new dimension to the censorship and approvals system.

A group of Communist Party scholars and experts, calling themselves the China Red Culture Research Association were shown an advanced copy of the movie and subsequently lobbied against it. Association members said the film mis-stepped in its portrayal of the rival Kuomintang Party, which ruled China until it lost the civil war against the Communists in 1949 and fled to Taiwan. The two parties continue to dispute their respective roles in fighting the Japanese.