The Fisherman’s Hut: inside the luxury Russian dacha linked to Vladimir Putin

The Fisherman’s Hut: inside the luxury Russian dacha linked to Vladimir Putin. 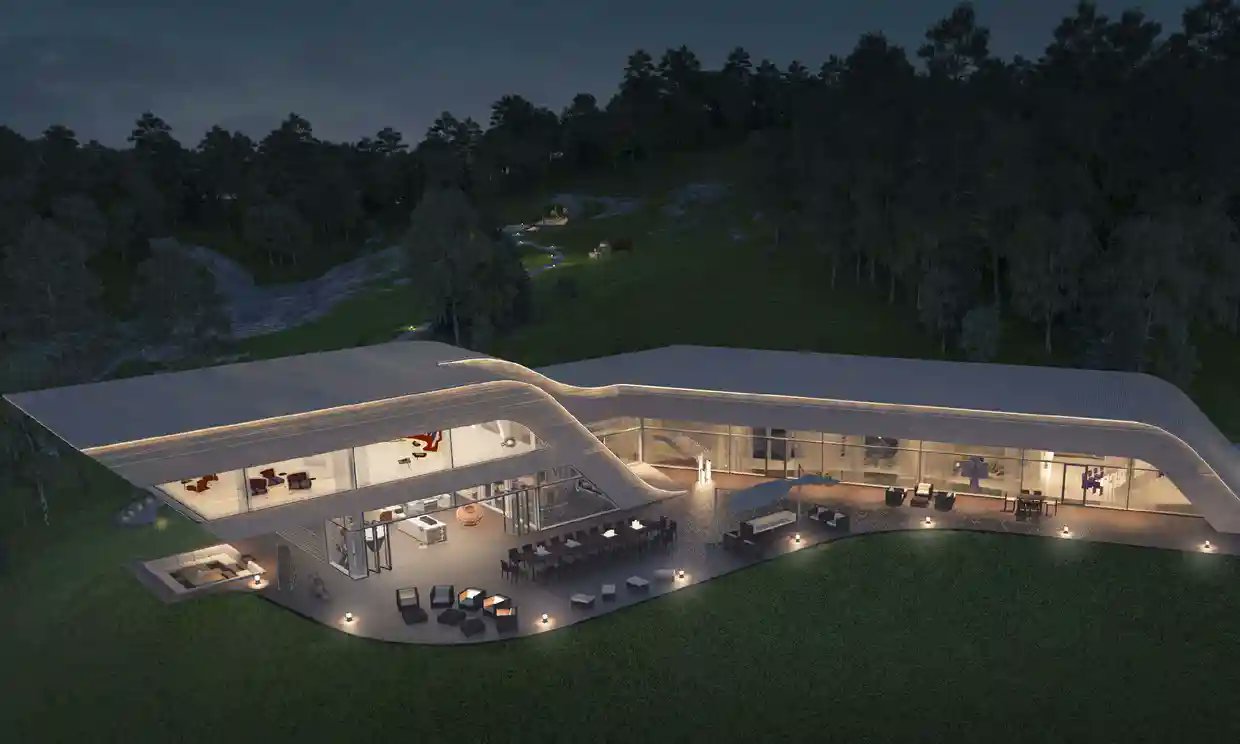 There are the bidets that cost $10,800 (£8,800) each and the $4,600 a piece shower heads. Then there is floor made up of $110,000 worth of Fior di Bosco marble and the indoor pool with a decorative waterfall flowing from the first floor. No expense has been spared. And that, according to leaked emails, is merely the “Garden House”.

Six years ago, the Russian television channel Dozhd reported that a building, humbly described by architects as the “Fisherman’s Hut”, deep in the forests of the northern Russian region of Karelia, was being widely spoken of by locals as “Putin’s dacha” or holiday home.

While UK government analysis suggests the Russian president has officially registered just a few assets to his name, including a small flat in St Petersburg, two Soviet-era cars from the 1950s, a trailer and a small garage, plus a presidential salary of about £110,000 a year, the channel reported that this was where Vladimir Putin chose to slip away for a break from the stresses of Kremlin life.

There were two houses, in fact. One with a roof covered in grass and a helipad. But otherwise the complex appeared relatively modest, with the futuristic wood and glass Fisherman’s Hut furnished inside with Ikea-style cream sofas and green bucket chairs. The grass roof of the accompanying building was said to be a nod to the need to keep out of sight of western spies in sky.

Today, however, courtesy of a leak of thousands of emails sent by two construction companies, obtained by the the Organized Crime and Corruption Reporting Project (OCCRP) and the Russian-language news site Meduza, a rather more spectacular picture has emerged of the complex of luxury real estate being developed around the Fisherman’s Hut.

Floor plans, blueprints and interior design schemes reveal that construction of a neighbouring six-bedroom Garden House began in 2021 and that it is laced throughout with semi-precious stones such as lapis lazuli, a deep blue gemstone that is said to provide healing properties, and labradorite, a luminous crystal that some swear by for relieving anxiety and stress.

A high-end Russian interior design agency, FullHouseDesign, has been leading on the project, according to documents contained within the leaked emails. The company’s owner told the OCCRP that she had no memory of any involvement, but took issue with the idea that marble floors were extravagant.

“If you look at our website there are many projects where we use marble floor as would any other respectable architectural agency,” she said. The woman declined to comment on the construction costs.

There is a second new building on the surrounding lands described in the Russian land registry in 2018 as a “barn”. It is, in fact, according to the leaks, a modern two-storey building featuring what appears to be a vast space for entertaining, with an open plan dining area measuring more than 200 sq metres.

A glass partition separates the grand dining hall from a professional kitchen kitted out with grills, a tandoor oven, a Japanese-style teppan grill and a smokehouse.

There is a private brewery fitted out with €345,000 (£296,000) worth of Austrian brewing equipment that can produce 47 litres of beer a day and a tea room overlooking Lake Ladoga on the second floor.

Construction also began last year on a separate two-storey building containing further kitchen facilities and storage space for fish, meat and vegetables. It has four modest bedrooms with folding beds which might be used to accommodate staff. There is also a nearby cattle farm, land records show, where steers are raised to produce Kobe beef, a local source said.

The “barn” has the benefit of two small swimming pools, but for those who are a little more adventurous in their bathing habits a path leads down to a natural waterfall into Lake Ladoga where there is a cosy gazebo under which to shelter from the sun.