The Hindu Explains | What is a bank moratorium, and when does it come into play?

The Hindu Explains | What is a bank moratorium, and when does it come into play? 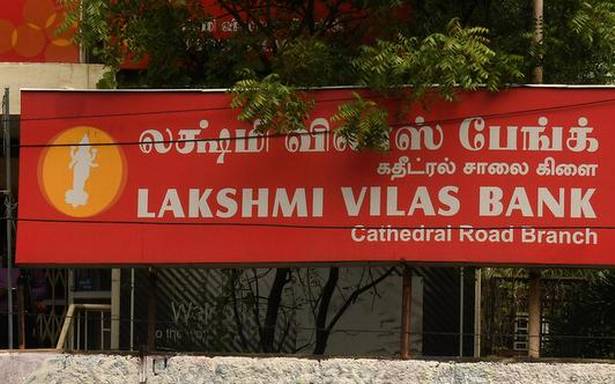 The story so far: On November 17, the Centre, acting on the recommendation of the Reserve Bank of India (RBI), imposed a moratorium on Lakshmi Vilas Bank (LVB) for a period of 30 days. The 94-year-old bank, based in Karur, Tamil Nadu, has been struggling with losses for three years. As its financial position deteriorated, the regulator placed it under the Prompt Corrective Action (PCA) framework, which restricts certain operations depending on the severity of financial stress. After allowing time for the bank to find investors to shore up its capital, the RBI has appointed an administrator for the bank and mooted a merger with the Indian subsidiary of the Singapore-based DBS Bank. Similar moratoria were placed in the recent past on other lenders too, including Yes Bank and Punjab and Maharashtra Co-operative Bank.

The RBI, the regulatory body overseeing the country’s financial system, has the power to ask the government to have a moratorium placed on a bank’s operations for a specified period of time. Under such a moratorium, depositors will not be able to withdraw funds at will.

Usually, there is a ceiling that limits the amount of money that can be withdrawn by the bank’s customers. In the case of LVB, depositors cannot withdraw more than ₹25,000 during the one-month moratorium period. In most cases, the regulator allows for funds of a larger quantum to be withdrawn in case of an urgent requirement, such as medical emergencies, but only after the depositor provides the required proof.

Often, the moratorium is lifted even before the originally stipulated deadline is reached. For instance, Yes Bank, which went into a spiral while unsuccessfully trying to find an investor, was placed on a one-month moratorium starting March 5, with a cap of ₹50,000 on withdrawals. With investors led by State Bank of India (SBI) infusing ₹10,000 crore into Yes Bank, the moratorium was lifted on March 18.

Usually, the RBI steps in if it judges that a bank’s net worth is fast eroding and it may reach a state where it may not be able to repay its depositors. When a bank’s assets (mainly the value of loans given to borrowers) decline below the level of liabilities (deposits), it is in danger of failing to meet its obligations to depositors.

After banks were nationalised in 1969, the RBI sought to always intervene to protect depositors’ interests and prevent commercial banks from failing. In 2004, it nudged State-owned Oriental Bank of Commerce(OBC) to take over the troubled private lender Global Trust Bank (GTB). As in the case of LVB, GTB was given time to find a suitor for a merger. When it failed to come up with any names, but proposed infusion of foreign capital, the RBI refused permission and instead insisted on the merger with OBC.

A moratorium primarily helps prevent what is known as a ‘run’ on a bank, by clamping down on rapid outflow of funds by wary depositors, who seek to take their money out in fear of the bank’s imminent collapse. Temporarily, it does affect depositors who may have placed, for example, their retirement with the bank, or creditors who are owed funds by the bank but are struggling with the collection.

A moratorium gives both the regulator and the acquirer time to first take stock of the actual financial situation at the troubled bank. It allows for a realistic estimation of assets and liabilities, and for the regulator to facilitate capital infusion, should it find that necessary. Singapore’s DBS bank has promised to infuse ₹2,500 crore into the merged entity, once it takes over LVB.

A key objective of a moratorium is to protect the interests of depositors. Even if they are temporarily handicapped by facing restricted access to their funds, there is a high probability that the bank would soon return to normal functioning once a bailout is arranged.

It depends on whether the struggling bank or the regulator is able to find acquirers or investors to save the day. In the case of Yes Bank, the RBI was able to bring in investors who infused adequate funds. With Lakshmi Vilas Bank, the regulator had a ready acquirer with a sound capital base in DBS Bank India. In the case of Punjab and Maharashtra Co-operative Bank, which is headquartered in Mumbai, the moratorium — despite being gradually relaxed for depositors — is still in force, over a year after it was imposed, and there is still no sign of a buyer.