The Gamorreans from #ReturnOfTheJedi were featured in the new trailer for #TheMandalorian Season 2! See more Easter Eggs & references in our full trailer breakdown: 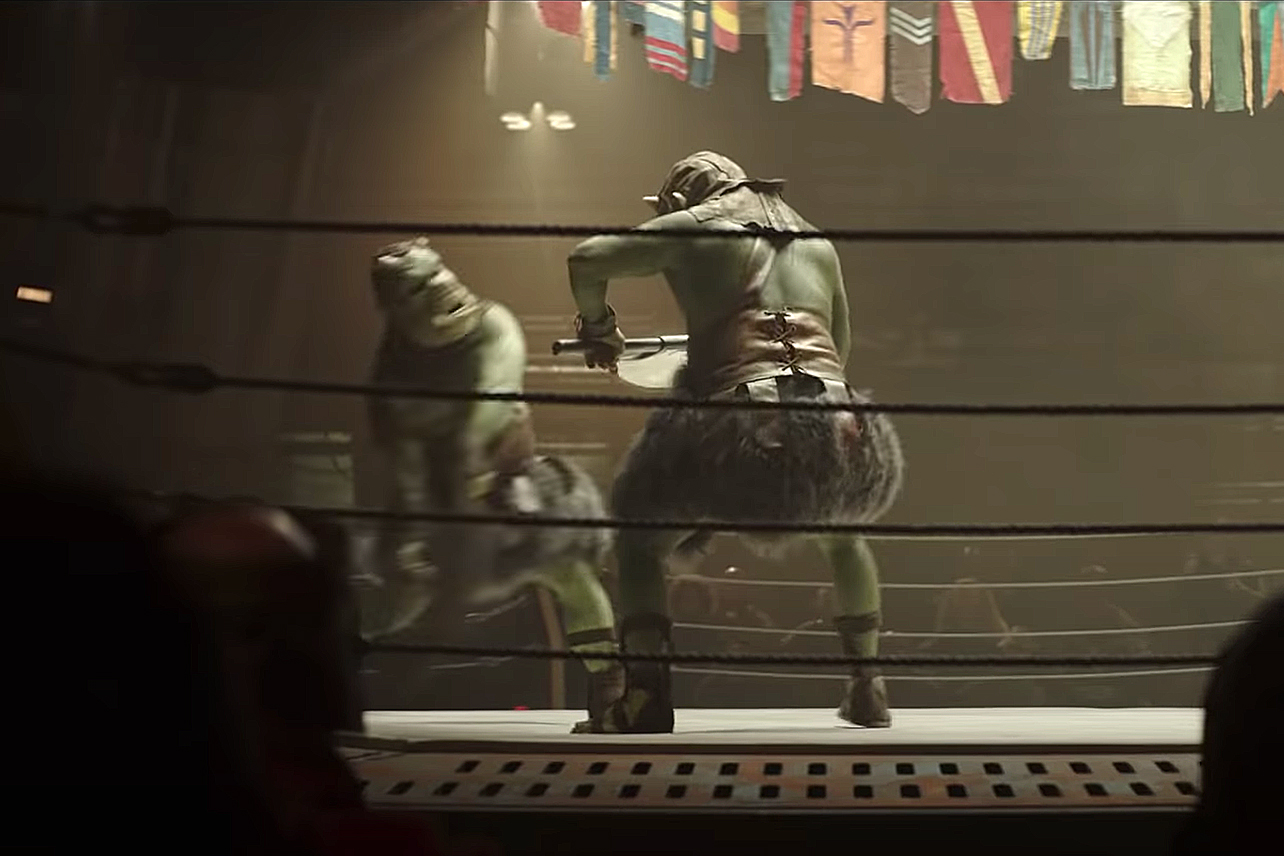 After months of agonizing speculation and waiting, The Mandalorian Season 2s first official trailer is finally here! In classic Lucasfilm fashion, the trailer and poster for the upcoming season were released unexpectedly on a whim this morning, just in time to coincide with the Disney+ launch in several European countries.

This is a first for The Direct, as weve yet to get a major Star Wars trailer until this point. Like our readers, were beyond excited to see where the second season of the The Mandalorian takes Din Djarin and The Child. To celebrate the occasion, were taking an in-depth look at the new trailer, embarking on a new journey with Mando and our little green friend and they navigate this ever-expanding world...

We open with a shot of two worlds, the Razor Crest flying slowly overhead. The ramp is open, though we dont know why, and it appears Mando is headed for the blue planet ahead.

The trailer is accompanied by a narration, with the exchange between Din Djarin and The Armorer from Chapter 8: Redemption returning. The Armorer tasked Mando with finding The Childs people and returning him to them, with those people being the Jedi. Reusing this dialogue points to that quest being the primary objective for Djarin in Season 2.

Our first look at Mando and The Child comes as they emerge from the shadows, bright lights behind them as dawn is on the horizon. Despite the events on Navarro during the first seasons finale forcing the crew to bail on Baby Yodas hover seat, it appears hes got another one in working order to shuttle him around.

In the following shot, we see that Mando and the baby are entering a desolate town. The dim streets lights give us just enough of a look at the surroundings to see a figure looming in the corner and taller structures in the background.

It didnt take long for Mando to find trouble. It seems like the figure in the previous image decided to shoot his shot and grab The Child, but received an ass-kicking instead. The brighter lights reveal graffiti art all over the buildings in the town. Where have we seen that before... Lothal?

The few shots we have by no means give us enough information to come to a conclusive position, and graffiti can found all over the galaxy. But we know Dave Filoni loves to incorporate elements from previous Star Wars projects into the new, so its worth mentioning the possibility.

As we saw in the EW photos released last week, Season 2 will be bringing us back to Tatooine. Here we have a shot of a Tusken Raider riding a Bantha as the Razor Crest soars by, and it looks fantastic. Funko Pop! listings from several months back indicated a product featuring Mando and The Child on a Bantha, so this looks to be more than a brief cameo for desert natives.

Mandos off to the races yet again, just as we saw in Chapter 5: The Gunslinger. Last weeks EW photos revealed Mando on a slick new speeder bike, with Baby Yoda in tow in a passenger bag, and here we se see him on his mission. Could this be where he encounters Timothy Olyphants character, rumored to be Cobb Vanth? Might Boba Fett also make his appearance as well?

We dont know how much time will be spent on Tatooine this season, but its really the only location we could possibly run into Vanth and Fett. Its possible that the animated characters could make their debut here as well, but something seen later in the trailer could say otherwise.

Were getting a diverse selection of planets in Season 2, with an ice world being on the menu as well. The Razor Crest flies down to a trench in the snow, something eerily similar to the project the Empire was working on in Ilum in Jedi: Fallen Order.

The Child conveys a wide range of emotions with simple expressions, and here he looks to be in deep thought. If this planet is indeed Ilum, our Force-sensitive friend may be sensing the destruction the Empire caused on the world once sacred to the Jedi Order.

Whatever it is theyre about to face, Mando and his charge will do it together. Were given only a little to go off of here, but somehow it feels like the warrior and the baby are a team, and theyre much more in tune with one another than when the first season concluded.