The new Marvel megatrailer: just go limp and let it stomp all over you

The new Marvel megatrailer: just go limp and let it stomp all over you 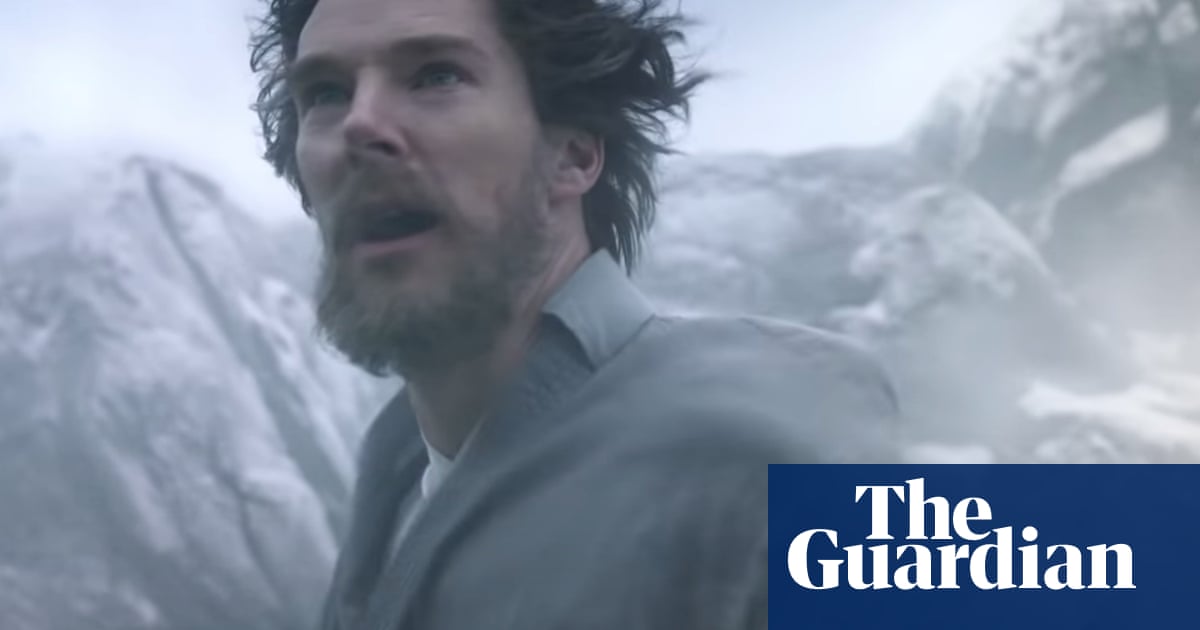 Lockdown is lifting – to be replaced by mandatory MCU movies from now until eternity, from Black Panther 2 to Ant-Man 3, Guardians of the Galaxy 3 to Thor 4. And more …

Bit of a rollercoaster, that Marvel trailer, wasn’t it? The misty eyed reminiscences. The clip of a packed cinema collectively losing its mind at Endgame. And then, the climax – a punishing rabbit-punch of forthcoming MCU releases.

Our first look at Eternals. Confirmation that Marvel is releasing four new movies, including the new Spider-Man, before Christmas. Dr Strange 2 next March. Thor 4 next May. Black Panther 2 next July. Captain Marvel 2 next November. Ant-Man 3 the following February. Guardians of the Galaxy 3 three months after that. A Fantastic 4 movie at some point. It just kept coming and coming. It was like one of those old Steve Jobs “One more thing” presentations, if Steve Jobs had decided to announce the iPod, the iPad, the iPhone, Apple TV, a flying car and a machine that could terraform the surface of Mars one after the other in the space of 60 seconds.

Clearly, there’s a lot to unpack here. There was an authoritative subtext of “You may now return to the cinema” to the trailer, underlining the notion that Marvel now views itself as the sole custodian of the theatrical experience, which its critics will probably find unpleasant. And, I don’t know about you, but there was a moment towards the end of the trailer where my excitement gave way to a creeping dread at the sheer relentlessness of its release slate. Marvel is a monopoly now. A juggernaut. There’s no use fighting it. Better to just go limp and let it stomp all over you.

To be fair, I will go and see all of these films at the cinema. It’s just there are so many of them that I don’t know how I’m going to afford it. I may as well move a babysitter into my house for the next two years and be done with it. I might have to get a second job just to cover the cost of watching another Dr Strange film.

Still, release dates aside, there’s some fun guesswork to be had with the titles given to Marvel’s new films. Some we already know about. Thanks to the WandaVision press tour, we know that Elizabeth Olsen’s Scarlet Witch will feature prominently in Doctor Strange and the Multiverse of Madness. Thanks to a seemingly unstoppable deluge of paparazzi shots from Australia, we know that Thor: Love and Thunder will star Matt Damon, Russell Crowe, most of the Guardians of the Galaxy and possibly Rita Ora. And, thanks to Alfred Molina’s big mouth, we will know the exact circumstances of Doc Ock’s reappearance in Spider-Man: No Way Home.

But the trailer contained a couple of new titles. For instance, Black Panther 2 – hastily reworked after the death of Chadwick Boseman – is now to be called Black Panther: Wakanda Forever. You’ll notice the subtle reframing away from T’Challa to the broader inhabitants of Wakanda. The smart money, therefore, is on this film being an ensemble piece about a grieving country coming together at a time of enormous flux. It’s also a good old-fashioned show of might from the MCU, underlining that no individual character is bigger than Marvel’s intellectual property. If a beloved actor dies, it will carry on. If the actor’s assumed successor starts tweeting anti-vax propaganda, it will carry on.

Similarly, Captain Marvel 2 has now been given the official title of The Marvels. This is down to the inclusion of Teyonah Parris’s Monica Rambeau – who, in the comics, previously went by the name of Captain Marvel – and Iman Vellani’s Ms Marvel. None of them are related, but they all have the same name, so it makes sense to lump them all together. That said, Captain Marvel still has a Superman problem. She’s so absurdly powerful that Endgame wore itself out thinking up ways to keep her away from the action, so it’s hard to know what Rambeau and Ms Marvel will get to do in this film, aside from passively cheer from the sidelines while Brie Larson blows up millions of spaceships without breaking sweat. Maybe one of them will blow a little trumpet when Larson destroys an entire planet just by flying through it. We just don’t know.

Anyway, this is all just the start. Marvel very noticeably failed to set a release date for its Blade reboot in the trailer. Or anything to do with the X-Men. Or Dr Strange 3, or Guardians of the Galaxy 4, or any of the Avengers-style team-up movies. Or any of the other films it will release with brutal regularity until the Earth is dust and the universe burns. So that’s something to look forward to.