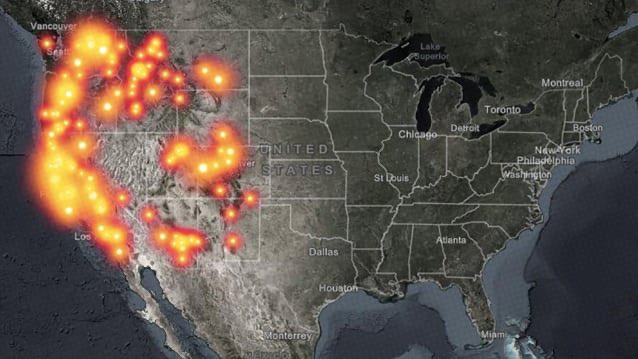 A fire that began south of the U.S.-Mexico border late Wednesday night had grown and consumed 50 acres on the U.S. side by Thursday morning before being stopped, authorities said.

Cal Fire crews responding to a report of flames on the south side of Otay Mountain about 10:30 p.m. Wednesday arrived to find the fire burning south of the border, according to a series of tweets from the agency.

Around 6:20 p.m., a blaze erupted in Tijuana’s La Sierra neighborhood, destroying six homes and damaging at least four others before Tijuana firefighters were able to halt the flames.

Around 8:20 p.m., a fire scorched about a half-acre of vegetation in an overgrown patch of southeastern National City near Chula Vista, authorities said.

Alex Riggins came to The San Diego Union-Tribune in 2018 from City News Service. He previously worked in Idaho for the Times-News. The Idaho Press Club named him Rookie of the Year in 2015. He is a La Mesa native and proud Helix Highlander, Grossmont Griffin and San Diego State Aztec.