The Danish artist who created the Pillar of Shame sculpture, mourning those who were killed by Chinese troops at Tiananmen Square in 1989, said he wants it back after the University of Hong Kong ordered it to be removed. 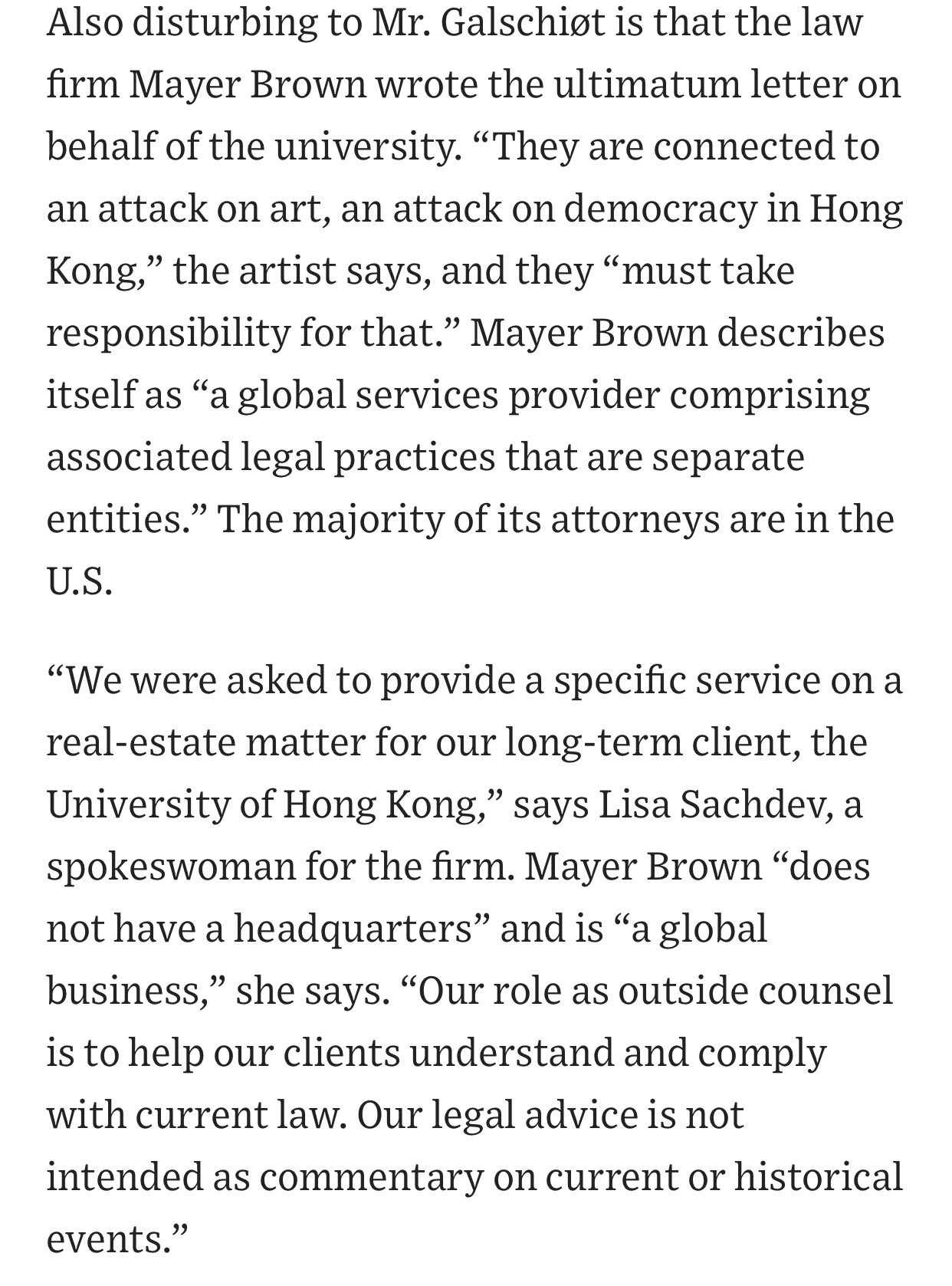 A gruesome sculpture rises from a courtyard at the University of Hong Kong. It depicts dozens of human bodies contorted in agony, some with mouths open in silent screams, some skeletal and apparently motionless. The public university has demanded that this work of art be removed by 5 p.m. Wednesday (5 a.m. Eastern in the U.S.)—an ultimatum Hong Kongers find more horrifying than the statue’s grisly presence.

The sculpture, “The Pillar of Shame,” memorializes the victims of the 1989 Tiananmen Square massacre. Its creator, Danish artist Jens Galschiøt, calls the work “an overt accusation of the old men’s regime in Beijing” and “a litmus test of the authorities’ vow to respect human rights and free speech in Hong Kong.” The Chinese Communist Party has “already erased the memory of what happened at Tiananmen inside of China, and now they will do the same in Hong Kong,” Mr. Galschiøt says.