Tokyo 2020 Opening Ceremony: What we know, whos going and whos not

This is a photo of the last Summer Olympics opening ceremony in Tokyo, in 1964. It will be a very different picture this year. Japan today, and what the Games represent for it, have vastly changed from 57 years ago. 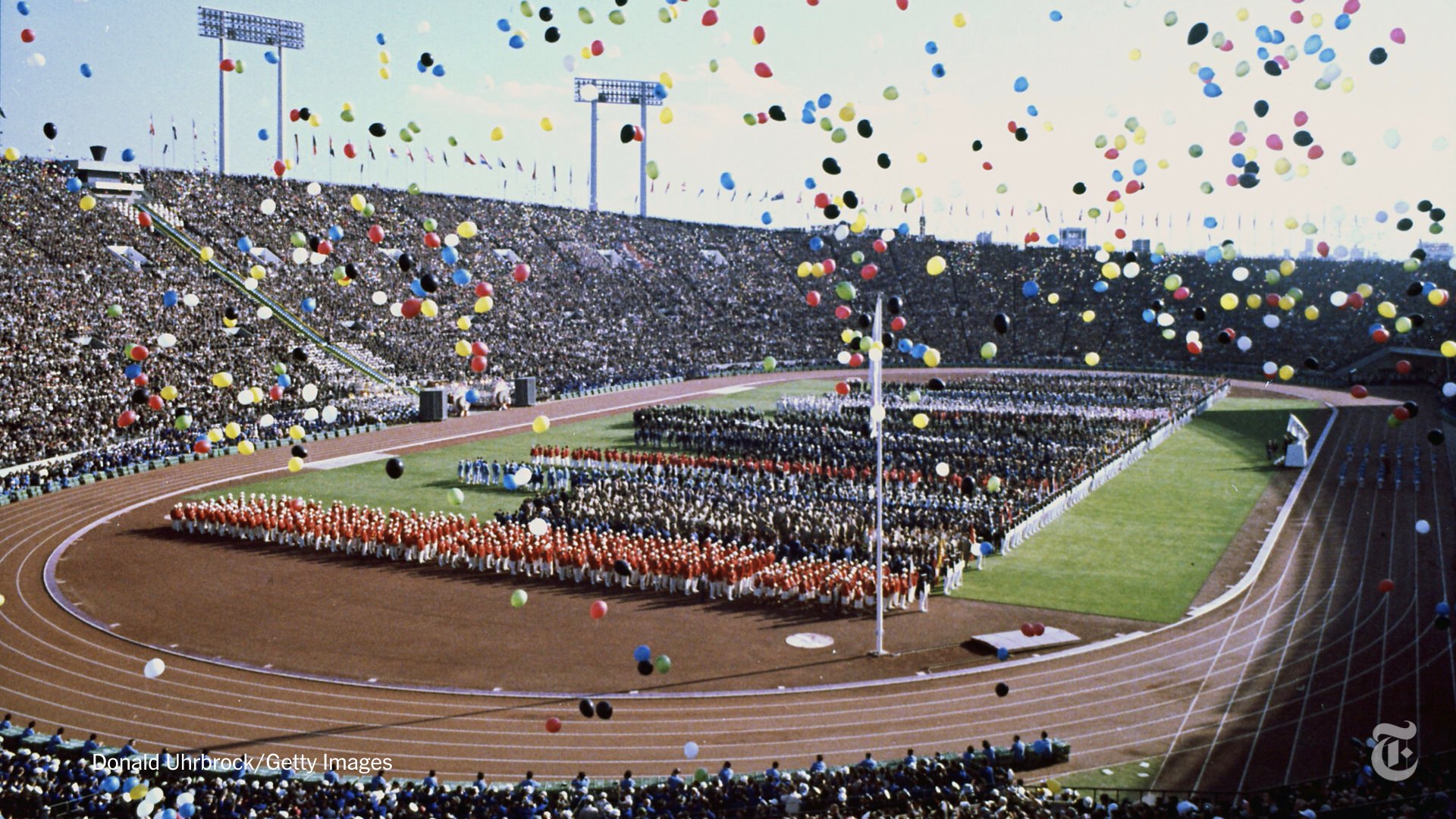 The country has changed vastly from that hopeful moment nearly six decades ago, and the Olympics this time around have come to represent something different and not entirely positive.

TOKYO — Under crisp blue skies in October 1964, Emperor Hirohito of Japan stood before a reborn nation to declare the opening of the Tokyo Olympic Games. A voice that the Japanese public had first heard announcing the country’s surrender in World War II now echoed across a packed stadium alive with anticipation.

On Friday, Tokyo will inaugurate another Summer Olympics, after a year’s delay because of the coronavirus pandemic. Hirohito’s grandson, Emperor Naruhito, will be in the stands for the opening ceremony, but it will be barred to spectators as an anxious nation grapples with yet another wave of infections.

For both Japan and the Olympic movement, the delayed 2020 Games may represent less a moment of hope for the future than the distinct possibility of decline. And to the generation of Japanese who look back fondly on the 1964 Games, the prospect of a diminished, largely unwelcome Olympics is a grave disappointment.

“Everyone in Japan was burning with excitement about the Games,” said Kazuo Inoue, 69, who vividly recalls being glued to the new color television in his family’s home in Tokyo in 1964. “That is missing, so that is a little sad.”

Yet the ennui is not just a matter of pandemic chaos and the numerous scandals in the prelude to the Games. The nation today, and what the Olympics represent for it, are vastly different from what they were 57 years ago.

The 1964 Olympics showed the world that Japan had recovered from the devastation of the war and rebuilt itself as a modern, peaceful democracy after an era of military aggression. Highways and the bullet train were rushed to completion. With incomes rising, many Japanese families like Mr. Inoue’s bought televisions to watch the Games, the first to be broadcast live by satellite around the globe.

This time around, Japan is a mature, affluent nation. But its economy has been stagnant for much of the past three decades, leaving growing numbers of people behind. One in seven children live in poverty, and many workers are in contract or part-time jobs that lack stability and pay few benefits.

It is a much older nation now, too. When Hirohito opened the Summer Games, just 6 percent of the population was 65 or older. Today, the figure is more than 28 percent, and the fertility rate is almost half that of 1964. The population has been shrinking since 2008.

The 1964 Tokyo Olympics are often regarded as the point when Japan pivoted into prosperity. Within four years, Japan became the world’s second-largest economy, behind the United States, its former occupier. (It has since fallen to third, behind China.) As many Japanese entered the middle class, they bought not just televisions, but other modern appliances like washing machines, refrigerators and vacuum cleaners.

Japan is again approaching a turning point, one whose outcome depends on how the government, corporations and civil society respond to a shrinking and aging population.

Back in 1964, there was “a sense of Japan in motion and a sense of a country with a future,” said Hiromu Nagahara, an associate professor of history at the Massachusetts Institute of Technology. Now, it’s “a country that has lost confidence and a country whose political elites feel very intensely that loss of confidence.”