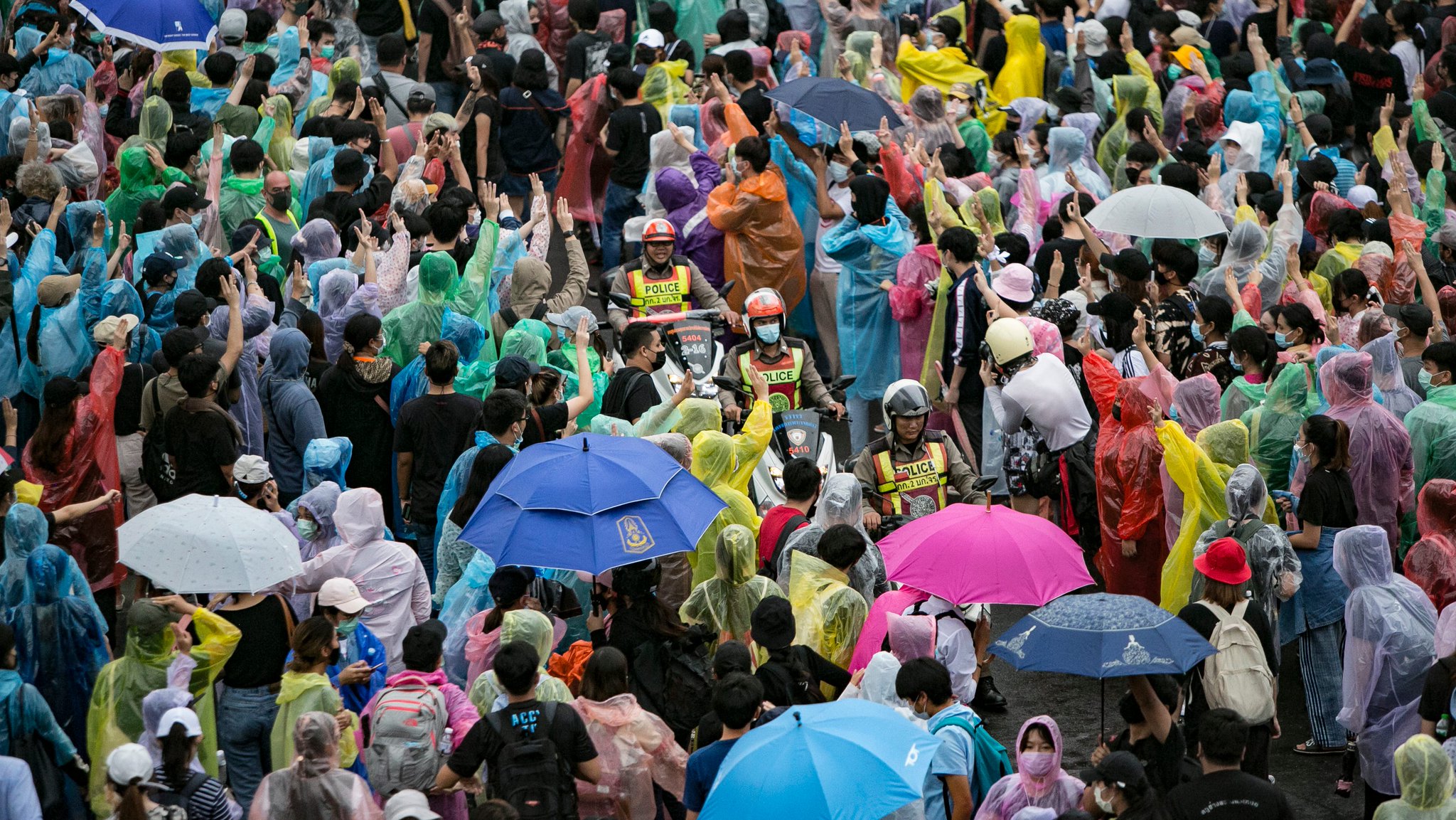 BANGKOK — Pro-democracy activists in Thailand staged a fourth straight day of high-profile protests in the capital on Saturday, thwarting efforts by the authorities to stop them, including a shutdown of the city’s mass transit systems.

Unlike protests a day earlier, in which police used a water cannon to disperse protesters, Saturday’s demonstrations were peaceful, with no reports of any clashes by the time participants started heading home in the evening.

The protesters are calling for Prime Minister Prayuth Chan-ocha to leave office, the constitution to be amended to make it more democratic and the nation’s monarchy to undergo reform.

All stations of Bangkok’s elevated Skytrain transit system were closed Saturday afternoon to try to keep protesters from gathering. The underground MRT system was also shut, and police blocked off several roads.

Protesters met anyway as planned at the Skytrain stations, where they held small impromptu rallies, in effect establishing a temporary but active presence across the city.

The organizers then issued a fresh advisory for followers to gather at three stations outside the city’s central area, where access was easier. Once that was announced, money was pooled by participants so they could take taxis to get around the transit shutdown.

"Right now we can do nothing much," said a 26-year-old hotel worker who asked to be called only Veronica. "What we can do right now is only show our power to let the outside see."

Several thousand people gathered in multiple locations, with some taking turns airing their views over a megaphone. By the evening, police had not disturbed them, even when some groups took to marching in the street. Protesters began dispersing at 8 p.m., the time organizers had said the protests would end.

They also appeared not to be cowed by a crackdown on their rally in central Bangkok on Friday night, in which riot police backed up by water cannons cleared the streets in about an hour.

No major injuries were reported from that confrontation. It was the first time in three months of sporadic protests that the authorities have employed such forceful tactics against the student-led movement.

"I respect people’s political opinions, but after yesterday’s incident, I feel it was so harsh, perpetrating violence against unarmed people who had no weapons to fight back," he said.