Isaias weakened slightly to a tropical storm after lashing the Bahamas, but forecasters warned it would likely grow into a hurricane again as it approaches eastern Florida overnight 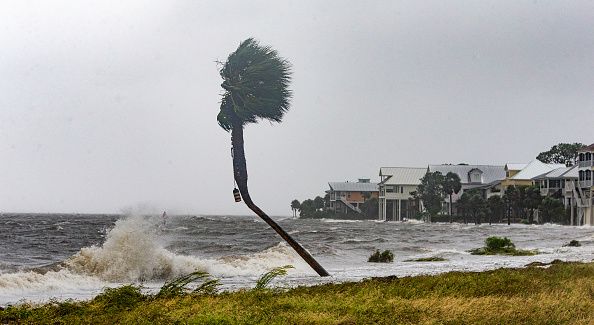 MIAMI (Reuters) - Isaias weakened slightly to a tropical storm on Saturday after lashing the Bahamas, but forecasters warned it would likely grow into a hurricane again as it approaches coronavirus-stricken eastern Florida overnight.

Isaias, which was moving northwest off the Bahamas’ Andros Island with maximum sustained winds of 70 miles per hour (110 kph) on Saturday evening, was projected to cause dangerous storm surge along Florida’s Atlantic coast through Sunday and to move up the U.S. eastern seaboard early this coming week.

“Don’t be fooled by the downgrade. We do think it will be upgraded back to a hurricane later on this evening,” Governor Ron DeSantis told a news conference on Saturday.

Florida’s well-honed hurricane responses have been partly upended by its grappling with one of the country’s worst outbreaks of the novel coronavirus. The state has recorded more than 480,000 cases of the virus, with tens of thousands recorded in the last week alone, according to a Reuters tally.

The emergency operations center in Miami, usually a beehive of activity ahead of a storm, was mostly empty with plastic dividers set up between work stations and fans with ultraviolet lights hung around the room in the hope of eradicating any floating virus particles. Many emergency officials are instead working remotely.

“It’s not a perfect system,” said Frank Rollason, Miami-Dade’s director of emergency management, “but what we’re facing to today with COVID, we’re trying to avoid packing all of those people into the emergency operations center.”

Isaias was about 115 miles southeast of Fort Launderdale as of 5 P.M. on Saturday and was forecast to slow down and move northwest from the Bahamas, the U.S. National Hurricane Center said. The storm’s center was projected to move up the east coast of Florida from Saturday through Sunday night, bringing storm surge as high as 4 feet from Jupiter Inlet to Ponte Vedra Beach.

DeSantis declared a state of emergency for a dozen counties on the Atlantic coast, which makes it easier to mobilize resources. North Carolina Governor Roy Cooper followed suit.

Scores of hotel rooms along Florida’s east coast have been set aside for any people with COVID-19 who are ordered to evacuate their homes where they have been isolating themselves, DeSantis said.

He added that the state’s emergency management division was supplying shelters with enough personal protective equipment for 10,000 people to ward off the spread of the virus.

The storm has caused at least two deaths in the Dominican Republic and torn down trees, flooded streets and knocked out power for thousands of homes and businesses in Puerto Rico, according to media reports.