Trump aggression towards China has ramped up, threatens to upend world

Forget escalation with Islamic Republic or DPRK. Forget Middle East crises or Russian aggression in Eastern Europe. This will be the biggest crisis in the president’s next term. Biden or Trump, how they react will shape the global order for decades. 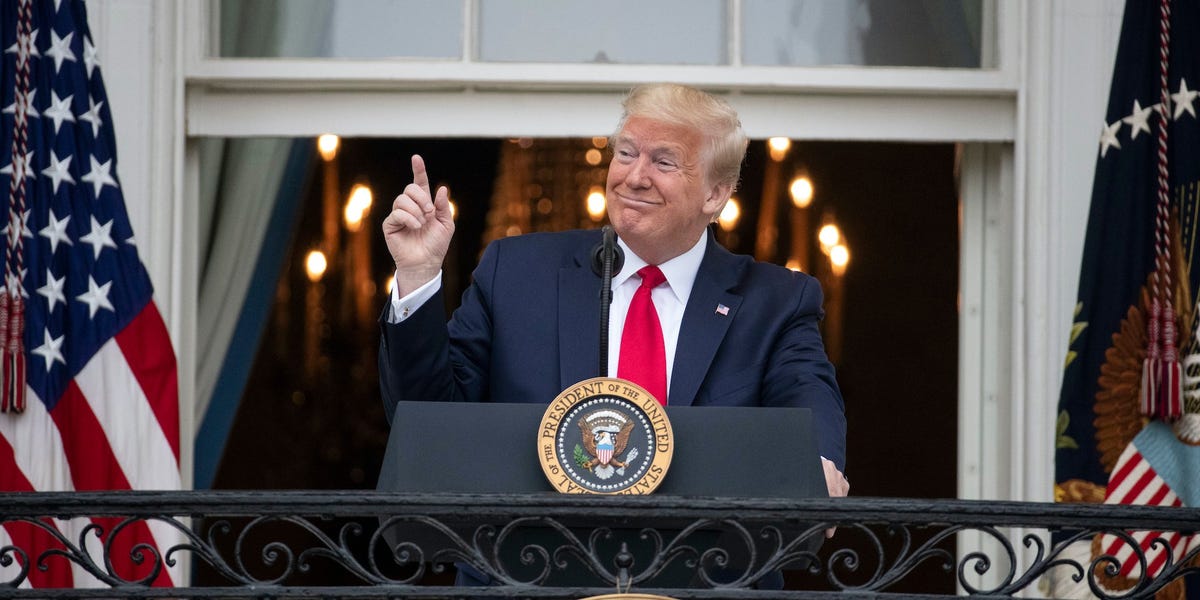 Ever since Mao Zedong triumphed in 1949, prompting his Nationalist enemies to flee to Taiwan, Communist Party leaders have bolstered their legitimacy to rule by taming rebellious corners of China’s vast periphery.

The quest to capture lost territory prompted Mao’s army to subdue Tibet, where cadres co-opted Buddhist monasteries and eventually built a railway that ensured well-supplied garrisons of troops across the Himalayan plateau. He also reclaimed Xinjiang in the far west, a Muslim desert region the size of Iran where Silk Road traders once crossed paths with Uighurs—who have now been reduced to about 30% of the population of their own homeland after millions of China’s dominant Han ethnicity moved in. After Mao’s death, Deng Xiaoping further helped restore China’s glory following the so-called century of humiliation when he negotiated the return of two cities lost to colonial powers. The U.K. handed over Hong Kong in 1997, and Portugal followed two years later with Macao.

Xi Jinping has consolidated control in all of these places since taking power in 2012 and bolstered Beijing’s hold on disputed reefs in the South China Sea. Most notably, he set up a vast police state in Xinjiang that sent Muslims en masse to reeducation camps, and just in July he imposed a sweeping national security law in Hong Kong aimed at stamping out dissent in a city that many in the West once hoped would spur China to embrace democracy.

Now fears are growing that Xi wants to cement his place alongside Mao and Deng by conquering Taiwan, a prize that’s eluded Communist Party leaders for decades. Joseph Wu, the foreign minister of the island’s democratic government, warned on July 22 that China “may look for excuses to start a war or conflict” after it suddenly stepped up incursions into Taiwan’s air defense identification zone, raising the risk of a collision that could escalate. “What China is doing now is continuing to ramp up preparedness to solve the Taiwan issue,” Wu said. “We are very concerned that China will target Taiwan now that the Hong Kong security law’s been passed.”

Worries are also growing in the U.S., where both parties are increasingly united in viewing China’s rise as a threat to the free world. On July 23, Secretary of State Michael Pompeo said “securing our freedoms from the Chinese Communist Party is the mission of our time,” and a Republican Party lawmaker even planned to propose a bill authorizing the president to respond with military force if China attacks Taiwan.

The U.S. had terminated its mutual defense treaty with Taiwan as part of the agreement to establish diplomatic ties with China in 1979 in the wake of Richard Nixon’s famous trip to Beijing. It replaced that with legislation authorizing the sale of weapons for Taiwan to “maintain a sufficient self-defense capability,” while stopping short of saying it would join a conflict.

Those defense sales have become an increasing point of tension with Beijing. China slapped sanctions on Lockheed Martin Corp. in July after the latest approval of weapons sales under President Donald Trump’s administration, which has included billions of dollars’ worth of F-16 fighter jets, tanks, and Stinger missiles. Nikki Haley, Trump’s former United Nations envoy, on July 21 called for sales of more high-tech equipment and a trade deal. “Protecting Taiwan from Chinese aggression is essential to preventing an outright conflict with Communist China,” Haley wrote in a Medium.com opinion piece that lauded Trump for regularly sending warships to the Taiwan Strait. “No one wants war. Yet by threatening Taiwan, Beijing is making the world less safe and a confrontation more likely.”

Of the many U.S.-China conflicts right now—from Huawei Technologies Co. to Hong Kong to the consulate closures—none is more dangerous over the long haul than that involving Taiwan. The Communist Party has threatened to invade the island ever since Chiang Kai-shek’s Nationalists fled China in 1949. In a speech in Beijing last year about the party’s policy toward Taiwan, Xi said, “We make no promise to renounce the use of force and reserve the option of taking all necessary means.” He declared that “China must and will be united, which is an inevitable requirement for the historical rejuvenation of the Chinese nation in the new era.”

How a war would play out is the subject of much debate. China’s population of 1.4 billion dwarfs Taiwan’s 23 million, and its total defense expenditures are estimated to be 25 times greater. Hu Xijin, the editor-in-chief of the Communist Party’s Global Times newspaper, said in July that China wants peace but “is fully capable of destroying all of Taiwan’s military installations within a few hours, before seizing the island shortly after.”

Yet researchers who’ve studied war preparations on both sides doubt it will be so easy. While the People’s Liberation Army would seek to bombard the island with missiles and cyberattacks to quickly neutralize Taiwanese forces before they could fight back, the chances of pulling off such a comprehensive surprise assault are slim, according to a 2017 paper by Michael Beckley, who’s advised the Pentagon and U.S. intelligence communities.

Any failure to immediately knock out Taiwan’s forces, he wrote, would allow the island to repel an amphibious invasion or sustained bombing campaign—even without the U.S. military. Taiwan has been building up asymmetric capabilities like mobile missile systems that could avoid detection, and a prolonged conflict that draws in the U.S. and its allies risks dire economic consequences that could backfire on the Communist Party. “Even if China’s prospects are better than I have suggested, the PLA clearly would have its hands full just dealing with Taiwan’s defenders,” Beckley wrote, referring to the People’s Liberation Army. “Consequently, the United States would only need to tip the scales of the battle to foil a Chinese invasion.”

Any military action would be catastrophic for the global economy in one crucial regard: Taiwan has more than 20% of the world’s microchip production, including Taiwan Semiconductor Manufacturing Corp., which briefly became the 10th most valuable company in the world on July 24 following reports speculating that Intel Corp., the largest U.S. chipmaker, might outsource its production to the company. TSMC is based in Hsinchu, less than 100 miles from China’s coast. A sudden disruption of the supply chain would resound everywhere, including the People’s Republic.

Even if it took over the island, Beijing would face a hostile population. While China long used economic incentives to win hearts and minds, it cut off direct contact after the 2016 election of President Tsai Ing-wen, who views the island as a de facto independent nation that needs increased international recognition. China’s suppression of Hong Kong only boosted support for Tsai, who easily won reelection in January. Xi’s proposal to use Hong Kong’s “one country, two systems” model for unification is so unpopular in Taiwan that even the Kuomintang, the main China-friendly opposition party and the rump organization of the Nationalists who fled Mao, has rejected it.

The difficulties of unifying under that system were made evident in July. After China imposed the national security law in Hong Kong, the government tried to force senior Taiwanese officials at the Taipei Economic and Cultural Office to sign a “one China” pledge that recognizes Beijing’s sovereignty over the island. The officials refused and returned to Taiwan, and it’s uncertain whether the office will stay open. Converted from a travel agency setup in the 1960s under British rule, the office had come to reflect the kinship between two bastions of democracy-loving Chinese people on territory claimed by Beijing. Whereas Hong Kong once provided refuge for more than a million people seeking to escape the mainland, Taiwan is now becoming a destination for pro-democracy protesters in the city. “In the past, Hong Kong was not only a buffer for cross-strait relations, it was a window for global countries to engage and interact with China,” says Lin Fei-fan, the deputy secretary-general of Tsai’s ruling Democratic Progressive Party. “And Taiwan will be at the front line of China’s pressure now that Hong Kong is no longer a buffer.”