Trump’s vaccine czar Moncef Slaoui owns $10 million in stock of a company working with his team to develop a vaccine. He is refusing to give up his stock and is still sidestepping rules against personally profiting from government positions. 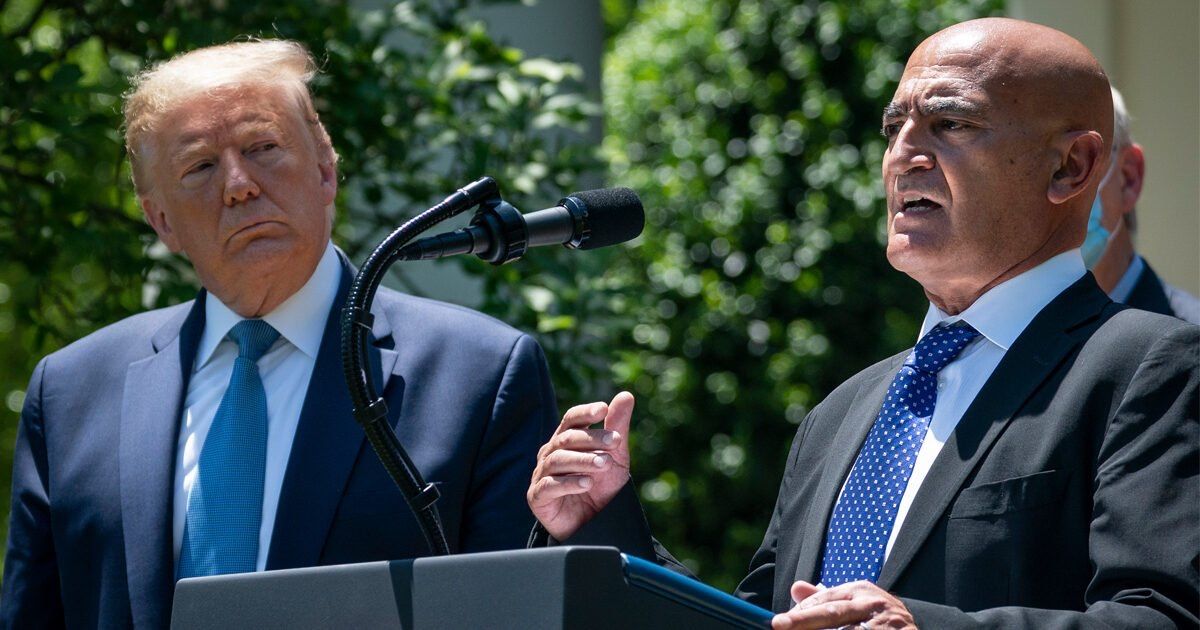 The administration calls Moncef Slaoui, who leads its vaccine race, a “contractor” to sidestep rules against personally profiting from government positions. Slaoui owns $10 million in stock of a company working with his team to develop a vaccine.

The former pharmaceutical executive tapped by President Donald Trump to lead the administration’s race to a COVID-19 vaccine is refusing to give up investments that stand to benefit from his work — at least during his lifetime.

The executive, Moncef Slaoui, is the top scientist on Operation Warp Speed, the administration’s effort to develop a coronavirus vaccine in record time. Federal law requires government officials to disclose their personal finances and divest any holdings relating to their work, but Slaoui said he wouldn’t take the job under those conditions. So the administration said it’s treating him as a contractor. Contractors aren’t bound by the same ethics rules but also aren’t supposed to wield as much authority as full employees.

Slaoui agreed to sell stock worth $12 million and resign from the board of Moderna, the developer of a leading potential vaccine. But Slaoui insisted on keeping his roughly $10 million stake in his former company, GlaxoSmithKline, another contender in the Operation Warp Speed vaccine race. “I won’t leave those shares because that’s my retirement,” he has said. GlaxoSmithKline, working with Sanofi, has started human trials for a coronavirus vaccine using similar technology to Sanofi’s flu shot. It is supported by up to $2.1 billion from the U.S. government.

But Democrats on the House Committee on the Coronavirus called the commitment “toothless.” According to newly released records from the committee, Slaoui’s contract with the government specifies that the donation “may occur on the last death of the employee and his or her spouse.” Slaoui is 61 and his wife, Kristen Belmonte, is 50.

“That means he’s going to live out his life with those profits,” said Craig Holman, a lobbyist with the advocacy group Public Citizen who has filed multiple ethics complaints about Slaoui’s service. “It’s so clearly an all-out evasion” of the law against conflicts of interest, Holman said.

Slaoui declined to be interviewed through a spokeswoman. “I have a personal compass in ethics and people who know me personally know that,” Slaoui said in a July podcast interview with Michael Caputo, the Department of Health and Human Services spokesman who subsequently left the agency after an incendiary Facebook rant accusing government scientists of “sedition.”