British Prime Minister Boris Johnson plans to end an England-wide lockdown as scheduled on Dec. 2 and will announce a return to regional restrictions as statistics show that coronavirus infections have stabilized. 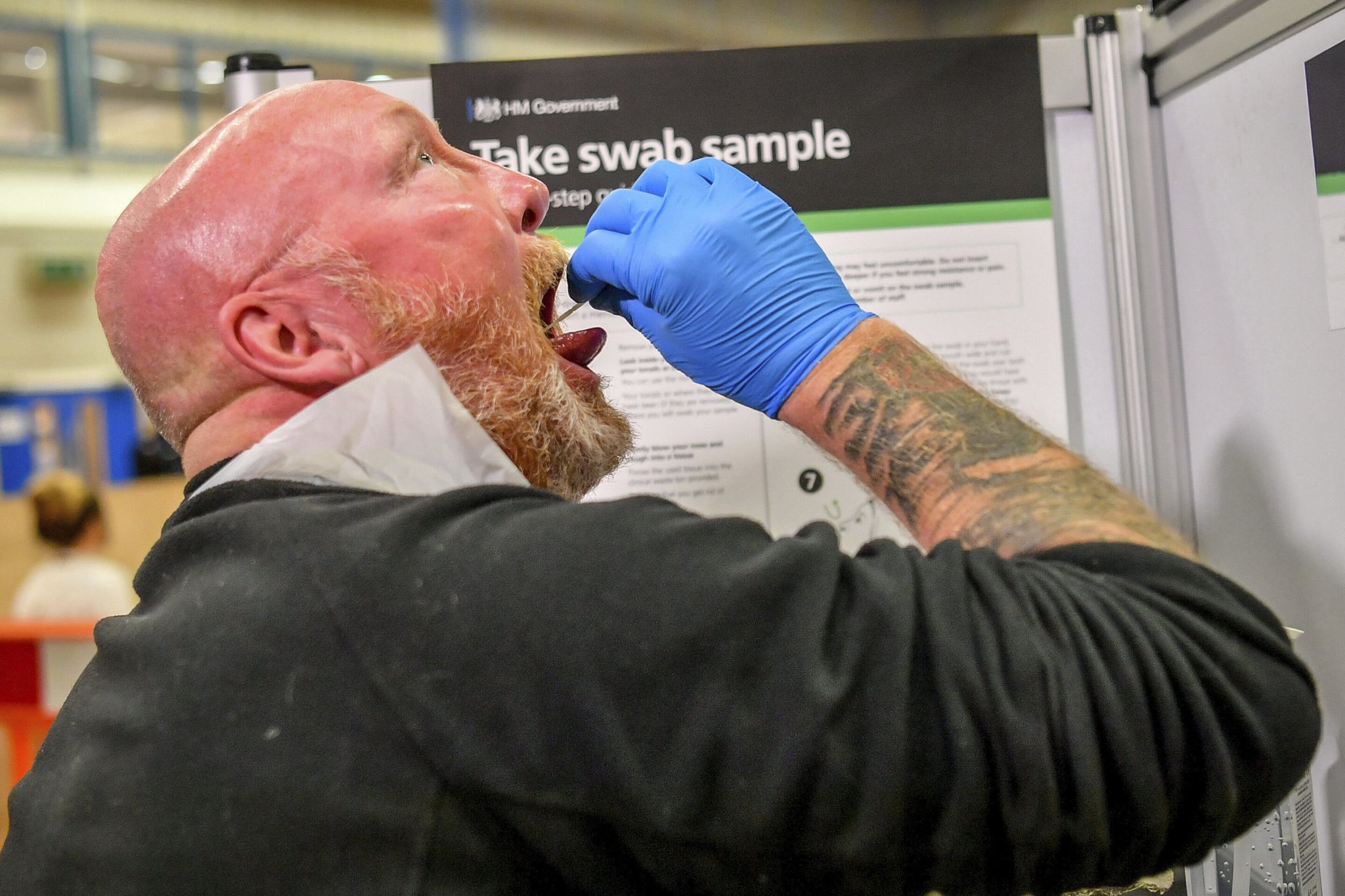 LONDON -- British Prime Minister Boris Johnson has announced plans for strict regional measures to combat COVID-19 after England’s lockdown ends Dec. 2, sparking a rebellion by members of his own party who say the move may do more harm than good.

Johnson’s office said late Saturday that the government plans to return to a three-tiered system of restrictions, with areas facing different measures depending on the severity of their outbreaks. Though it is likely that a much-criticized 10 p.m. curfew on bars and restaurants will be altered, the tiers are likely to include tighter restrictions than when they were first used in October even as more communities are expected to be placed in the two highest virus alert categories.

Some of Johnson’s Conservative Party allies immediately demanded an impact analysis of the proposed restrictions so lawmakers can weigh the health benefits against harm to the economy, mental health and relationships.

Steve Baker, one of 70 lawmakers who have written to Johnson with their concerns, said they cant support the approach unless the government can show the restrictions planned for after Dec. 2 will have an effect on decreasing COVID-19 transmission, “and will save more lives than they cost.”

The debate comes as hope grows that vaccines may ultimately provide a way out of the pandemic, and public health officials say restrictions on social and business interactions across the U.K. have begun to slow the spread of the coronavirus.

“We’ll be going back into a tiered system, which is a far better way to tackle this on a localized approach,’’ Treasury chief Rishi Sunak told Sky News. “And with regard to Christmas, I think as frustrating as it is for all of us, Christmas is not going to be normal this year.’’

The original three-tiered regional approach was introduced on Oct. 12 as the government tried to control a surge in COVID-19 cases without resorting to a national lockdown.

Under those rules, the highest level of restrictions forced pubs and bars to close and people were advised not to travel outside their communities. The second tier barred people from meeting indoors with anyone from outside their household. Even at the lowest level, bars and restaurants were forced to close at 10 p.m. and meetings of more than six people were prohibited.

The government’s scientific advisory group, known as SAGE, is expected to publish reports on Monday showing that the original three-tiered strategy wasn’t strong enough and recommending tougher restrictions when it returns.

The regional approach was suspended in November when Johnson finally imposed a lockdown in England. That decision came after public health officials warned that an exponential rise in new coronavirus infections was threatening to overwhelm the National Health Service as the winter flu season approached.