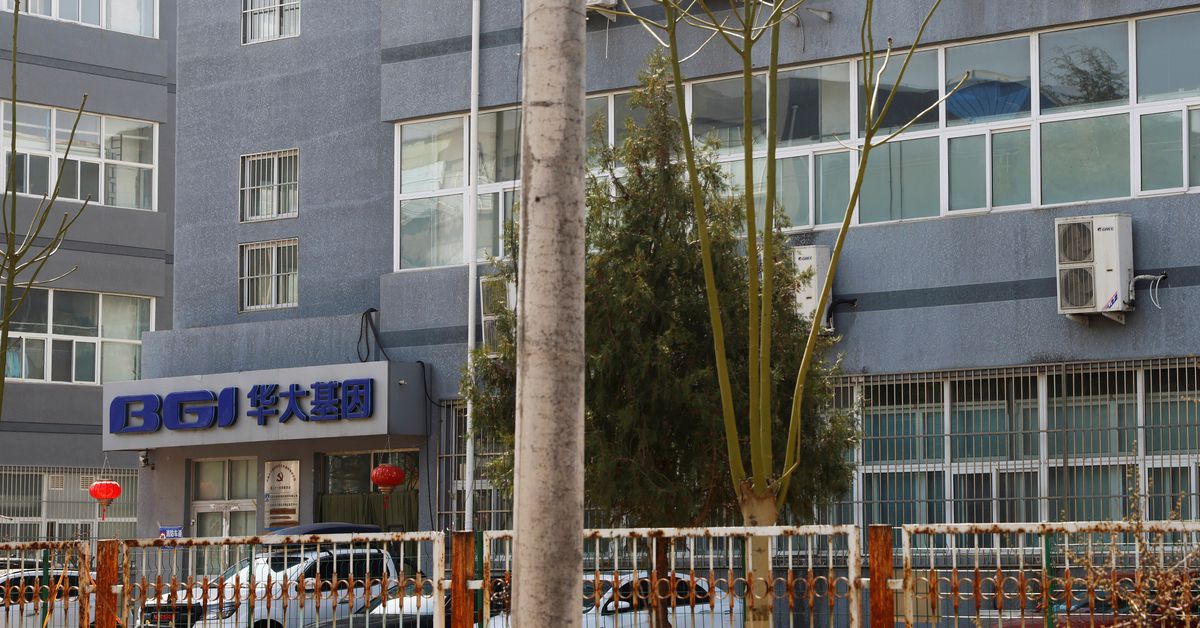 LONDON, July 22 (Reuters) - Britain should be concerned about the harvesting of genetic data from millions of women by a Chinese company through prenatal tests, a senior British lawmaker told Reuters.

A Reuters review of scientific papers and company statements found that BGI Group developed the tests in collaboration with the Chinese military and is using them to collect genetic data around the world for research on the traits of populations.

"Im always concerned when data leaves the United Kingdom, that it should be treated with the respect and privacy that we would expect here at home, and the concern that this raises is that it may not be so," Tom Tugendhat, chairman of the British parliaments Foreign Affairs Select Committee, told Reuters.

"The connections between Chinese genomics firms and the Chinese military do not align with what we would normally expect in the United Kingdom or indeed many other countries."

The privacy policy on the website for the Non-Invasive Prenatal Test (NIPT), sold under the brand name NIFTY in Britain, says data collected can be shared when it is "directly relevant to national security or national defense security" in China.

The company said that it fully complied with European GDPR data protection rules and also had the British certification for personal information management.

"BGIs NIPT test was developed solely by BGI – not in partnership with Chinas military. All NIPT data collected overseas are stored in BGIs labs in Hong Kong and are destroyed after five years," it said in an email to Reuters, adding that it took data protection, privacy and ethics extremely seriously.

Tugendhat is one of nine British lawmakers who has been sanctioned by China for highlighting alleged human rights abuses in Xinjiang, which Beijing describes as "lies and disinformation". read more

He said that any British companies using the tests should be clear where the data is going, who holds it, and what access others, including other governments, would have to it.

FBI probe: Chemicals that caused Beirut blast only a fifth of original shipment