“The more people leave Donetsk region now, the fewer people the Russian army will have time to kill,” Zelenskyy says. But many Ukrainians are refusing to leave.. 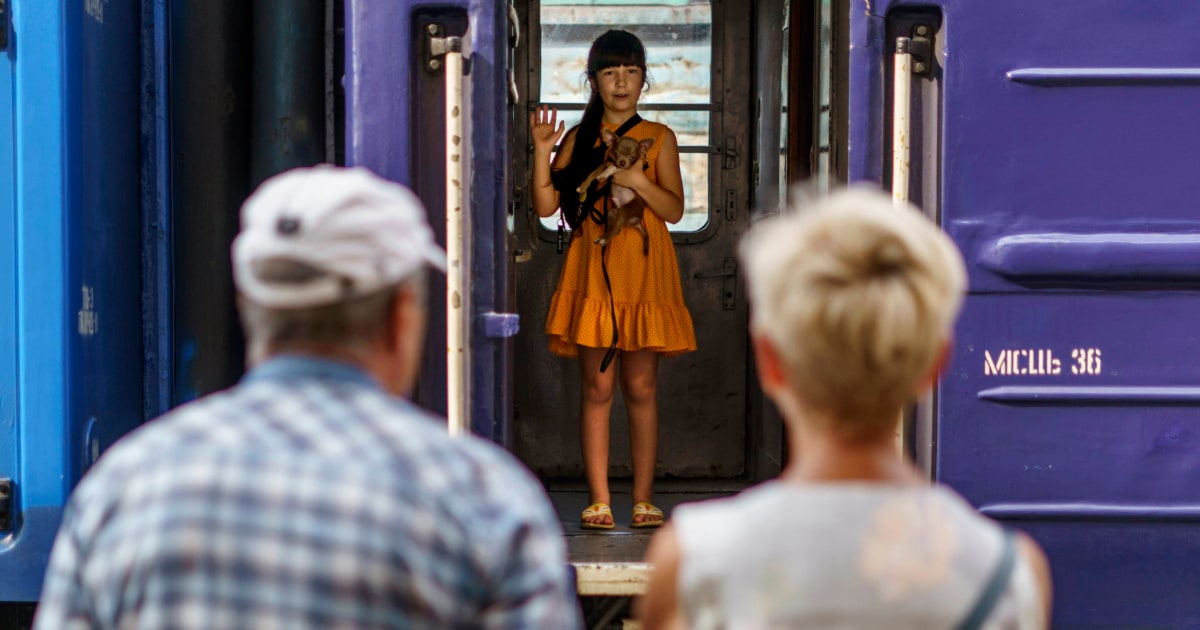 KYIV, Ukraine — Evacuate now or face the misery of a Russian onslaught as winter approaches: That’s the blunt warning Ukraine delivered to the hundreds of thousands of civilians still left in Donetsk, the eastern province that is now the heart of the country’s fight for survival.

For some, the choice is made simpler by every thud of a Russian shell. For others, the prospect of giving up on their homes, potentially for good, is still inconceivable.

Lyudmyla Bogomolova was born and raised in the tiny village of Pavlivka, just miles away from what are now the front lines of the battles in the industrial heartland of Ukraine’s east.

Since Russia invaded in February, the math teacher has been helping deliver humanitarian aid to those in need in her village. But with Moscow’s might focused on a push to take full control of her home province, the shelling has become hard to bear.

“It was becoming impossible to stay because of heavy shelling,” she said, her voice filled with sadness and worry. “The deep fear just didn’t go away.”

Then, on July 24, a rocket attack on their village left Mykola, 54, with the bone and joint in his left hand completely crushed, Bogomolova said. Their minds were made up.

No one can stop them: African migrants aim for Spains Canary Islands

Trump Thanked for His Sacrifices at $2K-a-Ticket Fundraiser