President Sauli Niinisto of Finland said he told President Vladimir V. Putin of Russia in a phone call on Saturday that his country is seeking to join NATO because Moscow’s invasion of Ukraine had “fundamentally” altered Finland’s security environment.. 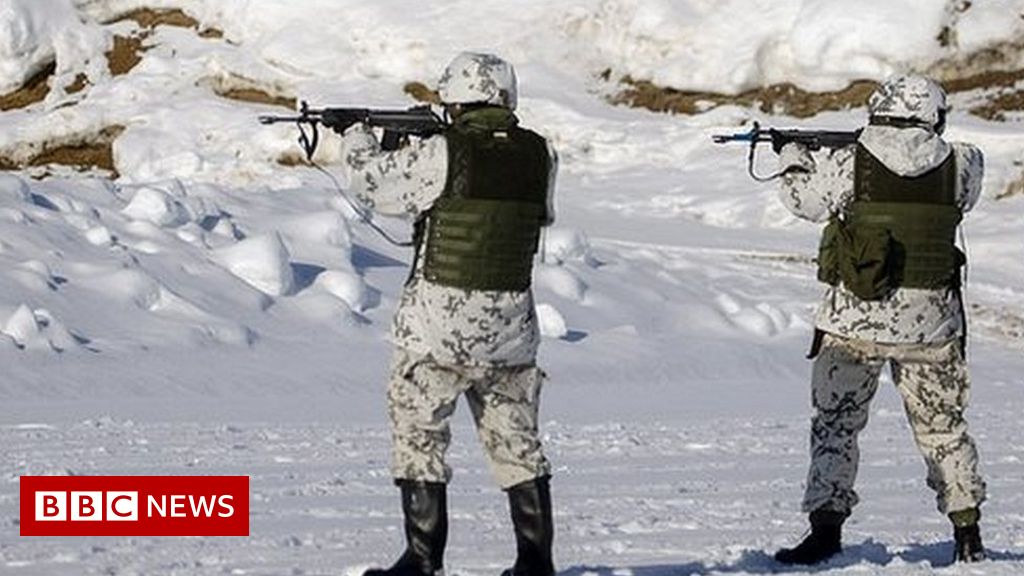 Russia once again used energy as a weapon, cutting off electricity exports to Finland, which, along with Sweden, is moving toward joining the military alliance. Ukrainian forces were on the offensive around Kharkiv, with analysts saying they had won the battle for the northeastern city.

After Ukraine’s military drove Russia from Ukraine’s second-largest city, Kharkiv, a Ukrainian military official announced the launch Saturday of a counteroffensive aimed at denying the Russians a key staging area just north of the Donbas region.

The head of Kharkiv’s regional military administration said Ukrainian forces had launched a counteroffensive on Russian forces around the northeastern city of Izium. The city is key to Russian efforts to try to broadly encircle Ukraine’s forces in the east of the country.

But as Moscow’s forces around Kharkiv are driven back, military analysts say that Russia likely will fight to keep open critical supply routes running through the region. Russia also controls a wide swath of land across southern Ukraine.

As the West moves to bolster European security in the face of Russian aggression, the foreign ministers from Sweden and Finland were poised to meet with their NATO counterparts on Saturday to discuss the prospect of joining the military alliance. And Russia appeared to quickly shoot back, halting exports of electricity to Finland after saying that a NATO expansion would pose a clear threat to its own national security.

Just a day before the NATO gathering, President Recep Tayyip Erdogan of Turkey posed a challenge to his NATO allies, questioning the Nordic countries’ joining the alliance, although analysts say that he is probably angling for concessions and a spokesman for Mr. Erdogan said on Saturday that Turkey was merely trying to ensure that all members’ security concerns were heeded.

Senator Mitch McConnell of Kentucky, the minority leader, visited Ukraine on Saturday with three other senior Republican senators to meet with President Volodymyr Zelensky. The visit comes as the Senate is working to pass a $40 billion emergency military and humanitarian aid package for Ukraine.

The war’s effects continue to ripple across the world, with India saying that it is banning wheat exports, with some exceptions, because of a global rise in the price of the vital crop. Prices are high in part because wheat exports from Ukraine, a major producer, have been mostly halted since Russia’s invasion began.

The U.S. defense secretary, Lloyd J. Austin III, spoke on Friday with his Russian counterpart, Sergei K. Shoigu, for the first time since before the war. The Pentagon said that Mr. Austin had pushed for an immediate cease-fire.

Zelenskyys fleece jacket in demand, but not priority for Ukraines M-TAC

Wordle 337 May 22 HINTS: Struggling with todays Wordle? Three CLUES to help with answer

Exclusive: Trevor Reed thanks American press for bringing awareness to his imprisonment in Russia