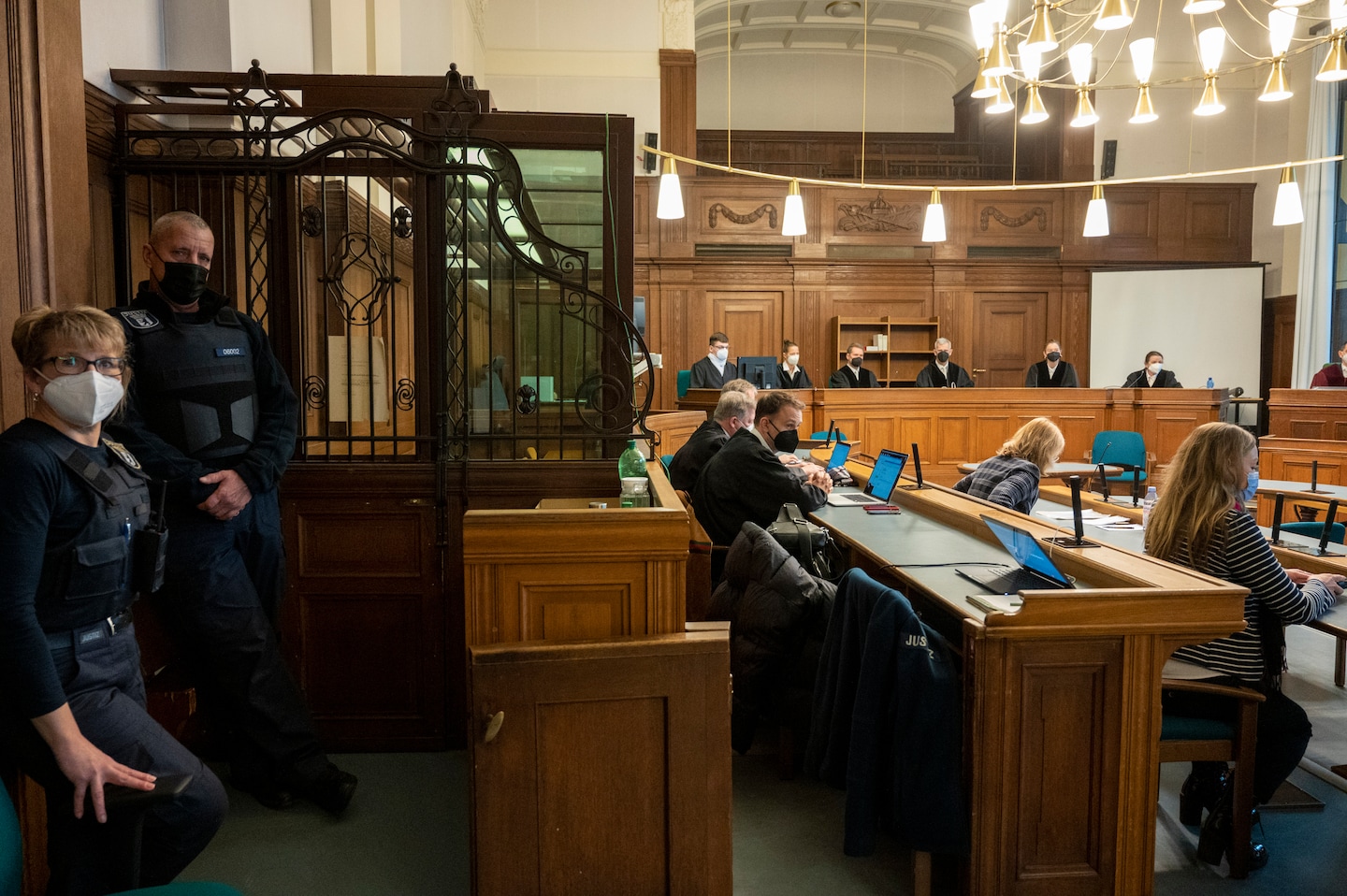 In a wood-paneled hearing room at Berlin’s highest court, Vadim Krasikov, 56, was convicted of carrying out a killing on behalf of Russia — an act the judges slammed as “state terrorism.” The 2019 murder of former Chechen fighter Zelimkhan Khangoshvili, 40, had been particularly brazen. He was shot three times in broad daylight in a Berlin park by a hit man riding a bike.

In response, the government of Chancellor Olaf Scholz expelled two Russian “diplomats” who were in fact intelligence officers — not from the FSB, the Russian intelligence agency the court deemed most likely responsible for ordering the murder, according to one official, but from the GRU, Russia’s military intelligence. The hope, German officials said, was that Germany could maintain its intelligence presence in Moscow — much smaller than the number of Russian operatives in Berlin — and avoid large tit-for-tat expulsions.

Germany’s timid reaction to the verdict was part of a long-standing pattern of appeasing the Kremlin, critics say, a policy that straddled different governments and was designed to protect Germany’s business ties with Russia, particularly its need for Russian oil and natural gas. But some now question whether the unwillingness to punish Russian President Vladimir Putin, even in the face of state-sanctioned murder, added to the Kremlin’s sense of impunity before the invasion of Ukraine, at a moment when the United States was warning that Russia was planning an attack.

The reaction was one of the “signals” that Russia received that even a new government was not going to act to rein in Moscow, said Andriy Melnyk, Ukraine’s ambassador to Berlin at the time. “The political reaction was absent,” he said. “It was ridiculous. It was the critical period, when everyone knew, when the Americans knew, that Russia was going to start the war.”

The killing took place just before midday on Aug. 23, 2019, a balmy summer day. Khangoshvili’s then-18-year-old daughter Amira returned home from class to find him putting on his shoes. He told her he had some “business” to take care of before heading to Friday prayers at a nearby mosque.

A few minutes later, in Berlin’s Kleiner Tiergarten park, the first shot ripped through Khangoshvili’s chest before the killer, wearing a long black wig to hide his identity, delivered another to the back of the Chechen’s neck, investigators testified. Krasikov then got off his bike and stood over Khangoshvili to deliver a final shot to the head with his 9mm Glock 26 pistol equipped with a silencer. Witnesses in the park looked on in horror.

The killing sent a dual message, said one German security official who, like others, spoke on the condition of anonymity to discuss sensitive diplomacy. “To the Kremlin’s opponents it’s saying, ‘We can kill you no matter where you are,’” the official said. “But then also to Germany, the message was: ‘We don’t care about or respect your country’s sovereignty.’”

Sergei Nechayev, the Russian ambassador to Germany, described the verdict and Krasikov’s life sentence as “a biased, politically motivated decision” and said claims of Russian involvement were “absurd.” But the FSB recently suggested including Krasikov in a prisoner swap to secure the release of two Americans held in Russia, basketball star Brittney Griner and security consultant Paul Whelan, according to U.S. officials. The Biden administration described the FSB offer, which was first reported by CNN, as “not serious.”

Russia’s all-out assault on Ukraine in February has launched what Scholz has dubbed a Zeitenwende, or turning point, in German foreign and defense policy.

“If you take Feb. 24 as a turning point, I’m on the side of those people who are saying we have to look at many things that happened in the past and reflect further,” said Konstantin von Notz, a Green politician and member of the parliamentary oversight committee for Germany’s intelligence agencies. “That includes this case.”

The Horniman will return Nigerian art, including some Benin bronzes