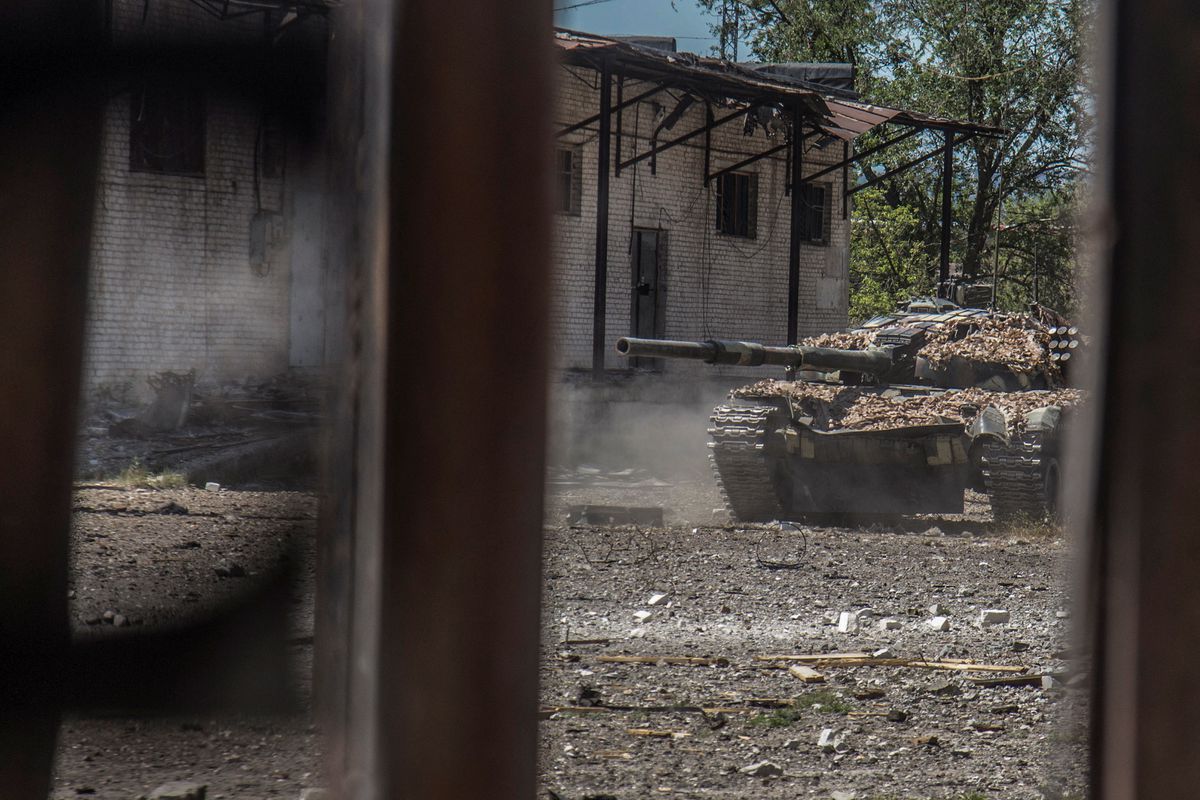 KYIV (Reuters) – Ukraine signalled on Friday its troops were withdrawing from the city of Sievierodonetsk, scene of weeks of heavy fighting, a move that would be a significant setback in its struggle to defeat Russian forces.

Provincial governor Serhiy Gaidai said troops in the city had already received the order to move to new positions, but he did not indicate whether they had already done so or where exactly they were going.

“Remaining in positions smashed to pieces over many months just for the sake of staying there does not make sense,” Gaidai said on Ukrainian television.

Gaidai was speaking on the day that marked four months since Russian President Vladimir Putin sent tens of thousands of troops over the border, unleashing a conflict that has now killed thousands of combatants and civilians, uprooted several million people, and has seen Ukrainian cities blasted to bits by Russian artillery and air strikes.

Some of the heaviest fighting of the war has taken place in Sievierodonetsk, where street-by-street combat has raged for a month with Russia painstakingly taking more ground.

The battle is key for Russia to establish control over the last remaining Ukrainian-held sliver of Luhansk province, which along with Donetsk makes up the Donbas region, Ukraine’s industrial heartland.

Russia’s tactics since its troops failed to capture the capital Kyiv in the early stages of the war involve ferocious bombardments of cities and towns followed by assaults by ground troops.

Analysts say the Russian forces are taking heavy casualties and face problems in leadership, supplies and morale. Nonetheless, they are grinding down Ukrainian resistance and making incremental gains in the east and south.

Ukraine’s general staff said on Friday the Russians were firing from tanks, mortars, artillery and jets, as well as mounting air strikes near Lysychansk and Sievierodonetsk and nearby towns. Reuters could not immediately verify the reports.

Despite Ukraine’s battlefield difficulties, it has been bolstered by support from the West. On Thursday, European leaders approved Ukraine’s formal candidature to join the European Union.