A standoff involving a fleet of Chinese maritime militia ships in disputed waters has raised the prospect of Philippine officials invoking a defense treaty with the United States, according to defense officials and lawmakers.

“Both parties are committed to undertake their obligations under the Mutual Defense Treaty,” Philippine Department of National Defense spokesman Arsenio Andolong said Thursday. “As the situation in the West Philippine Sea evolves, we keep all our options open in managing the situation, including leveraging our partnerships with other nations such as the United States.”

President Joe Biden and then-President Donald Trump’s administrations have affirmed that the 1951 pact applies to disputes with China in the South China Sea, while the renewed discussion of the treaty suggests that watchful U.S. and Philippine strategists will hold Beijing responsible for violence committed by unconventional forces. Cooperation between Washington and Manila has been hampered in recent years by Philippine President Rodrigo Duterte’s apparent distaste for the U.S., an aversion that was on display this week even as threats from China raise the stakes of the alliance.

“An armed attack against the Philippines armed forces, public vessels, or aircraft in the Pacific, including in the South China Sea, will trigger our obligations under the U.S.-Philippines Mutual Defense Treaty,” State Department spokesman Ned Price said Wednesday. "We share the concerns of our Philippine allies regarding the continued reported amassing of PRC maritime militia near Whitsun Reef, and we have seen the reports that vessels have also spread to other parts of the South China Sea.”

The Philippines is one of the most strategically significant U.S. allies in the world due to historical ties between Washington and Manila and the location of the islands in relation to China’s growing military power. U.S. strategists see the archipelago as a crucial link in a chain of allies that could enable American forces to deter or win a conflict with Beijing, while the loss of the Philippines might empower the communist regime to begin unraveling the American alliance network and expel the U.S. from the Indo-Pacific — one of the most important economic corridors on Earth.

Chinese officials deny that the fleet is a maritime militia, saying that the scores of vessels are fishing ships sheltering from bad weather. China’s claim to sovereignty over most of the South China Sea has put relations with Manila on a slow burn for years, even as Duterte tried to neutralize the controversy by adopting a docile posture toward Chinese General Secretary Xi Jinping. In that context, Duterte threatens to scrap key treaties with the U.S. and issues rhetorical fusillades against Washington, while defense-minded officials and leaders place a high value on the alliance — as evidenced by at least one prominent senator’s enthusiastic response to the defense department’s mention of the Mutual Defense Treaty.

“Way to go!” Philippine Sen. Panfilo Lacson tweeted Thursday. “The MDT is an untapped weapon in our arsenal to prevent our fish within the Philippines EEZ from being stolen.”

Way to go! The MDT is an untapped weapon in our arsenal to prevent our fish within the Philippines EEZ from being stolen. https://t.co/VHyGw4Z6bN via @gmanews

“We can negotiate on matters of mutual concern and benefit, but make no mistake about it — our sovereignty is non-negotiable,” presidential adviser Salvador Panelo said this week.

"If the president did not come to power, our only BFF will be the Americans,” Roque told a Chinese-Filipino forum, according to local media. "Have we gotten a single vial of vaccine from the Americans? The answer is No. ... So my question to those noisy within the opposition who are pro-Americans, wheres Uncle Sam now?"

U.S. Embassy officials in Manila emphasized last month that AstraZeneca vaccine deliveries to the Philippines were subsidized by the American tax dollars, as the U.S. is the world’s largest donor to the international COVAX initiative. The Philippines have not yet received any shipments of the Pfizer vaccine because Duterte’s government “dropped the ball” in arranging the contract, according to Philippine Foreign Secretary Teodoro Locsin. Chinese officials responded by donating 1 million vaccines to the Philippines and selling another million.

“The Philippines was pretty late on securing its supply,” Center for Strategic and International Studies senior fellow Gregory Poling explained. "So, the Chinese probably have another month or two of being the only vaccine available.” 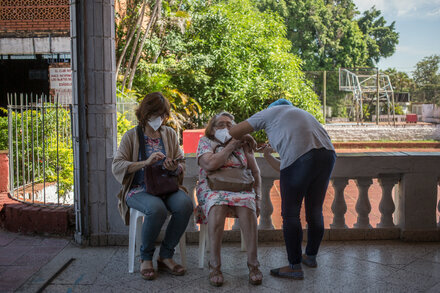 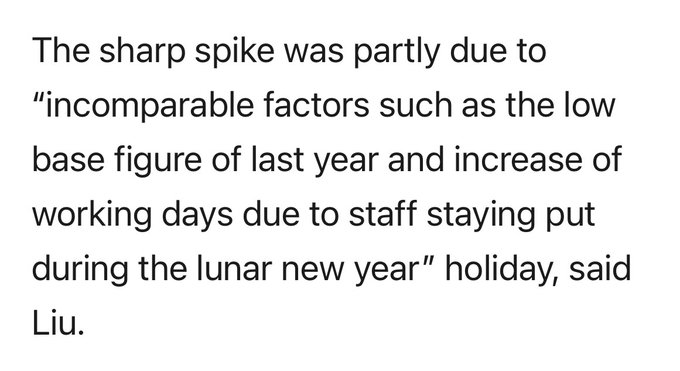 World stocks at record high, oil up on strong China, US data