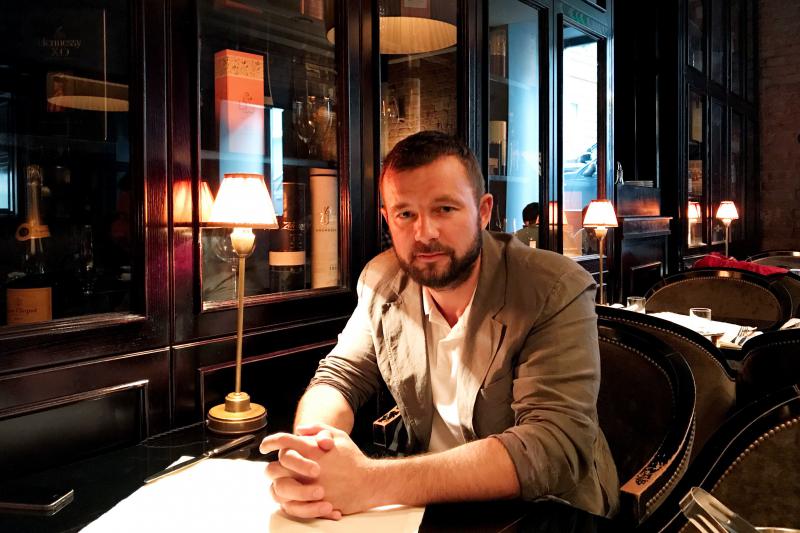 A U.S. diplomat warns that her Belarusian American husbands health is in "immediate danger" following his late-July arrest by security forces of the authoritarian Belarusian President Alexander Lukashenko.

Vitali Shkliarov, a political analyst and dual citizen who worked on the presidential campaigns of both Barack Obama and Bernie Sanders, was detained while visiting his parents in his hometown of Gomel, Belarus, in the runup to the countrys Aug. 9 presidential elections, his wife, Heather Shkliarov, said in a statement released Tuesday.

"Vitali traveled to Belarus on July 9, along with our 8-year-old son, simply to visit his mother, who is suffering from advanced cancer, and to celebrate his birthday on July 11 with his family and friends," the statement says.

She stayed behind in Virginia to prepare the familys move to Ukraine as part of her new assignment to the U.S. Embassy in Kyiv, where she serves as a consular official.

Security agents threw him into a van and drove him to Minsk — some 370 miles away. Shkliarov managed to send out one quick message on his popular Telegram social media channel: "Arrested."

Shkliarov previously denied having worked for the campaign. Heather Shkliarov notes her husband was at home in Arlington, Va., on the day the alleged illegal rally took place.

Shkliarov says her husband has been under "extreme psychological pressure and deprived of basic physical liberties" in prison, with guards constantly moving him among overcrowded cells. Lights are kept on round the clock and loud music "blares all night" to disrupt sleep.

"He has been subjected to extreme strip searches, forced to stand naked in a cell for hours at a time, and never allowed even to sit down on his bed during the day," she writes.

"On September 8, Vitali started feeling extremely ill," she writes, "and for several days in a row, has reported a fever of over 102 degrees, along with respiratory issues, chills, and muscle pains."

Her husbands lawyer, Anton Gashinsky, tells NPR that Shkliarov received an initial test for COVID-19 on Wednesday, though it is unclear when results will be available. Shkliarov claims to have lost his sense of smell and taste, Gashinsky says, but remains in a general cell with other prisoners.

"Vitali is suffering this fate not because he was a protestor or involved in any way in the presidential election in Belarus," Heather Shkliarovs statement says.