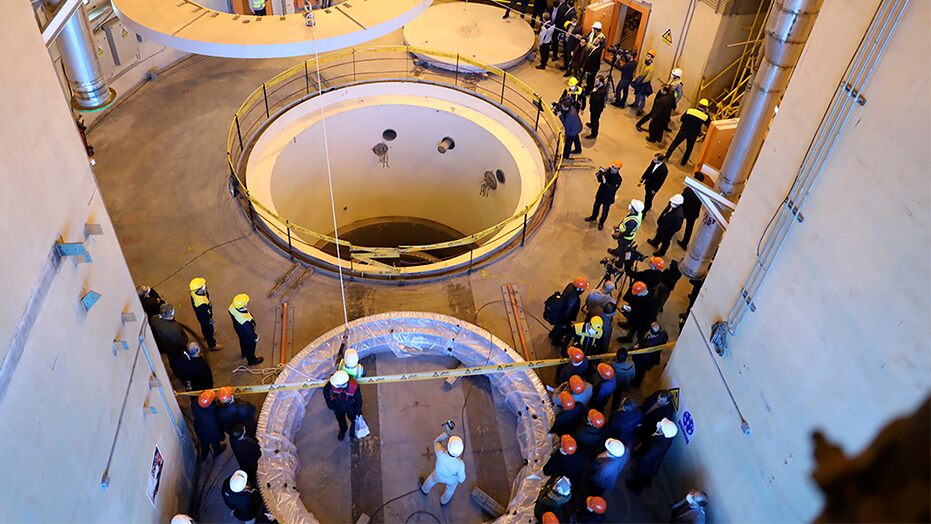 This material may not be published, broadcast, rewritten, or redistributed. ©2020 FOX News Network, LLC. All rights reserved. Quotes displayed in real-time or delayed by at least 15 minutes. Market data provided by Factset. Powered and implemented by FactSet Digital Solutions. Legal Statement. Mutual Fund and ETF data provided by Refinitiv Lipper.

State Department officials said Wednesday that it will push forward with U.S. sanctions against Iran, and will impose sanctions on anyone who violates the United Nations arms embargo -- despite its expiration next month under the 2015 nuclear deal.

U.S. Special Representative for Venezuela and Iran Elliott Abrams said there could be repercussions for the international community if they tried to engage in arms trade with Iran, as the Middle Eastern country is believed by U.S. security officials to have been developing nuclear arms.

“It’s time for peace-loving nations to recognize this reality and join us in imposing sanctions on Iran,” Abrams said during a press call, before claiming that the other U.N. Security Council member nations would also participate in enforcing sanctions.

“It is astonishing that anyone would think or have thought it sensible to allow the arms embargo on Iran to expire next month, given that regime’s role in destabilizing Iraq, Syria, Yemen, and Lebanon and its continuing support for terrorism,” he added.

But Britain, China, France, Germany and Russia -- the other permanent member nations of the U.N. Security Council, have flatly rejected the U.S.’s ability to unilaterally enforce snapback sanctions once the arms embargo lifts on Oct. 18.

“Our position regarding the effectiveness of the U.S. notification pursuant to resolution 2231 has consequently been very clearly expressed to the presidency and all U.N.S.C. Members,” Germany, France and the U.K. said in a joint statement last month. “We cannot, therefore, support this action, which is incompatible with our current efforts to support the JCPoA.”

The U.N.S.C. determined that after President Trump withdrew from the Joint Comprehensive Plan of Action (JCPoA), also known as the 2015 nuclear deal, the U.S. lost the ability to dictate terms regarding Iran’s nuclear nonproliferation strategy.

But when asked by a reporter today why the U.S. is pushing through with sanctions despite the international community’s rejection of their legality to enforce the sanctions, Abrams said he was confident that the other member nations would see the necessity for snapback sanctions.

“It’s like pulling a trigger and no bullet comes out,” a senior U.N. Security Council diplomat told Reuters following the State Departments Wednesday announcement. “There will be no snapback, the sanctions will remain suspended, the JCPOA (nuclear deal) will remain in place.”

During a press conference earlier Wednesday, Secretary of State Mike Pompeo stood next to U.K. Foreign Secretary Dominic Raab, and said the U.S. will “do all the things we need to do” to ensure sanctions are replaced on Iran.