‘We are all children of God’: Pope says homosexuality not a crime

Pope Francis has criticised laws that criminalise homosexuality as “unjust”, saying God loves all his children just as they are. 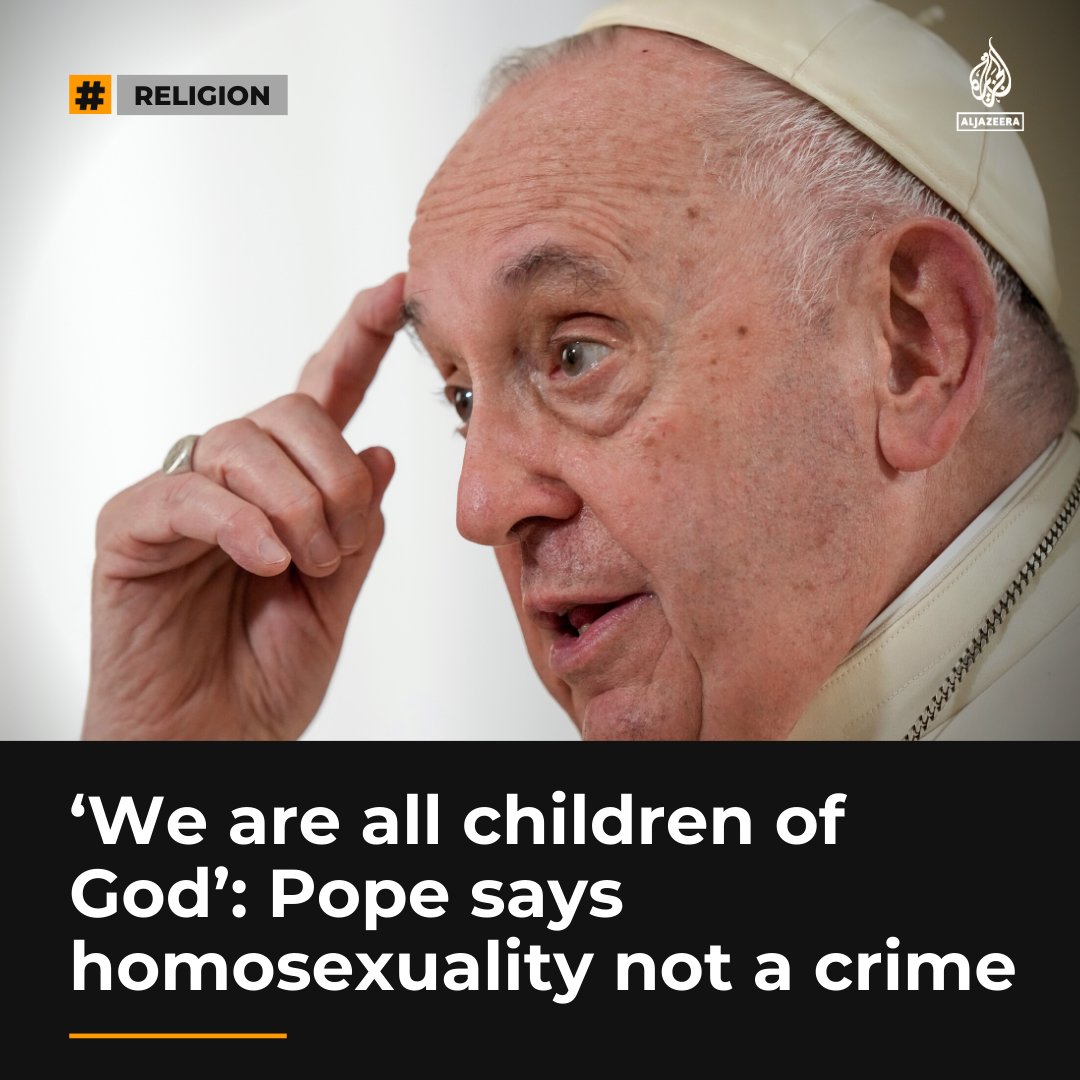 Francis’ comments are the first uttered by a pope about such laws, but they are consistent with his overall approach to the LGBTQ community and belief that the Catholic Church should welcome everyone and not discriminate.

Francis’ remarks come ahead of a trip to Africa, where such laws are common as they are in the Middle East. Many date from British colonial times or are inspired by Islamic law. Some Catholic bishops have strongly upheld them as consistent with Vatican teaching, while others have called for them to be overturned as a violation of basic human dignity.