China’s biggest companies got that way with at least tacit support from the government, which took a relatively hands-off approach toward the internet, e-commerce and digital-finance spheres. Now President Xi Jinping’s government is reining in the country’s most powerful corporations and their billionaire founders, including Alibaba Group Holding Ltd. and Tencent Holdings Ltd. The burst of scrutiny is shaping up to become one of the largest concerted actions against private enterprise in decades, raising the prospect that the unusual leeway enjoyed by entrepreneurs like Jack Ma, founder of sprawling Ant Group Co., might be coming to an end.

Ant, the fintech giant whose business expanded into payments, banking, wealth management and insurance during years of loose regulatory oversight, was about to go public in November 2020 when Chinese authorities slapped new rules on the online consumer-lending industry. Regulators followed up with new rules intended to curb monopolistic practices across its entire internet landscape; those were finalized in just three months. On April 10, regulators levied a record $2.8 billion fine against Alibaba for alleged monopolistic conduct and ordered numerous “rectifications” to how it does business. Days later they offered the first significant guidance on how Ant should overhaul its operations. Tencent, operator of the WeChat super-app, is also said to be under regulatory scrutiny, particularly of its fintech wing. Xi has declared he will go after “platform” companies that amass data and market power -- a sweeping definition that includes just about all of China’s largest firms.

To cite just one example, new measures proposed by China on Jan. 20 to curb market concentration in its online payments market could slash Ant’s valuation by roughly two-thirds to just over $100 billion, according to Bloomberg Intelligence. It could also endanger the growth of Tencent’s fintech division, estimated to be worth $120 billion before the crackdown.

That’s not clear. As is almost always the case, China’s leaders have said little about their underlying intentions apart from generalities about protecting consumers and maintaining financial stability. Analysts and investors float various theories: Perhaps regulators are simply reasserting their oversight power, or maybe those in power grew frustrated with the swagger of tech billionaires and wanted to teach them a lesson. Alibaba, Tencent and Ant had a combined market capitalization of nearly $2 trillion in early November -- easily surpassing state-owned behemoths like Bank of China Ltd. as the country’s most valuable companies. And it’s clear that the Communist Party had grown increasingly concerned about the growing clout of its internet firms, mostly private entities over which it has little direct control.

Xi’s administration is particularly concerned about eradicating systemic risks -- such as unsupervised growth of consumer debt -- in part to ensure the Party’s dominion. Expect more regulations on that front. Beijing may also seek greater oversight over mergers and acquisitions, since China’s internet firms have over the years invested in hundreds of the country’s most influential up-and-comers in realms such as online health care and artificial intelligence. Regulators have begun issuing token fines for deals closed years ago, spurring fears of a bigger probe into M&A. The government is said to have proposed a state-backed venture with the tech giants that would oversee the lucrative data they collect from hundreds of millions of consumers. And it’s gone after online grocery units of companies including Meituan, Pinduoduo Inc. and Didi Chuxing Inc. for improper pricing.

In some respects, it is. The government has played an important role in developing the tech sector in a way that facilitated the development of corporate behemoths. China effectively created its own version of the internet, one blocked off from the rest of the world by what’s known as the Great Firewall. In the absence of Facebook Inc. or Twitter Inc., WeChat and Sina Corp.’s Weibo flourished as social networks. On the other hand, China has a tradition of cracking down in fits and starts, or making examples out of high-profile companies. Tencent, for instance, became a target of a campaign to combat gaming addiction among children in 2018.

Likely not Ant, it seems. Ant and Chinese regulators agreed on a restructuring plan that will turn it into a financial holding company, making it subject to capital requirements similar to those for banks. After the $2.8 billion fine, Alibaba executives said they were unaware of any other antitrust investigations. However, the government was said in March to want it to sell some of its media assets, including the South China Morning Post, because of concerns about the company’s influence over public opinion. Regulators are still examining Tencent and others. Overall, authorities in Beijing are expected to tread cautiously, looking to rein in the growing clout of the tech giants without undermining some of the country’s biggest corporate success stories.

The charismatic impresario behind two of the country’s largest corporations, Ant and Alibaba, is arguably the person most closely identified with the meteoric rise of China’s internet sector. Long a regular on the global conference circuit, the flamboyant billionaire all but vanished from public view after Ant’s initial public offering got derailed and, according to a person familiar with the matter, was advised by the government to stay in the country. Ma resurfaced in mid-January, propelling Alibaba’s market value $58 billion higher. Tencent founder Pony Ma (no relation) -- a delegate to the country’s top lawmaking body -- has been far less vocal than his globe-trotting compatriot; in March he initiated a voluntary meeting with antitrust officials as part of their regular chats. Tencent, however, can’t escape the spotlight, given it’s the country’s undisputed leader in social media via WeChat, games and music publishing.

China is now the worlds biggest market for Cuban cigars 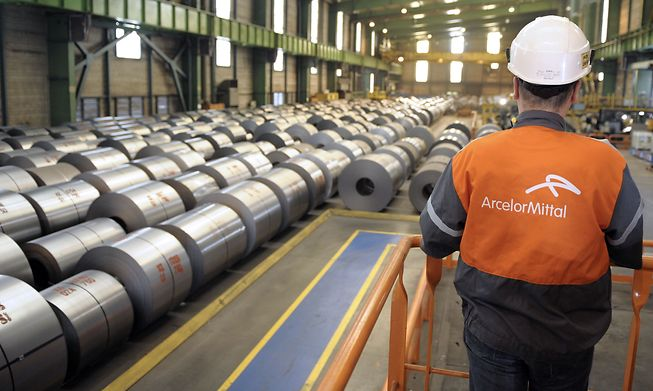 Fizzy Beer Stocks Are Due for a Bar Fight in China