Following the arrest of eight men alleged to be the masterminds behind the over R2-billion VBS Mutual Bank heist, we look at the money trail and disentangle the web of collusion. That’s #CarteBlanche this Sunday at 7pm on @MNet channel 101. @MasaKekana 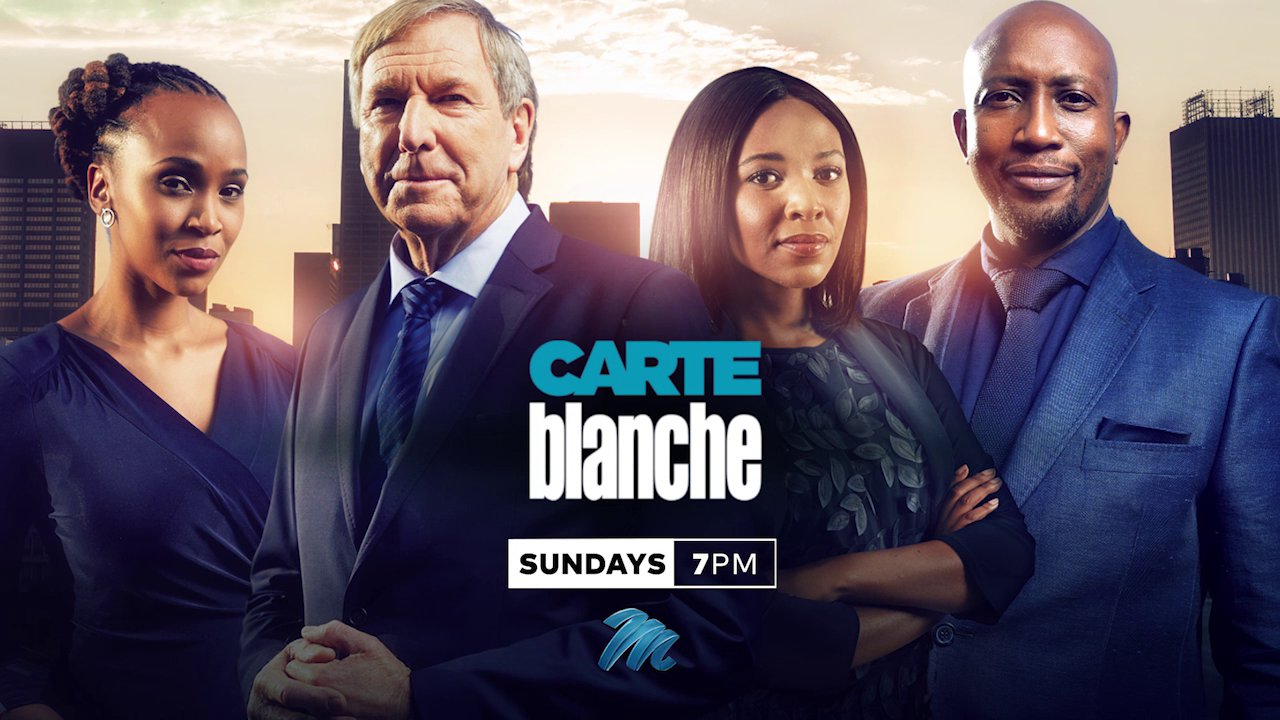 What a heartbreaking story about the @SAPoliceService K9 facility and their dogs. As much as u need to abide by the PFMA there are deviations that are allowed in an urgent basis. Hopefully this is not the end and a follow up will be done. @carteblanchetv #carteblanche

Thanks for your tweets. Join the #CarteBlanche team again next week Sunday at 7pm on @MNet channel 101, and again at 8pm on M-Net Plus 1 channel 901.

#carteblanche this Brig. Naidoo Policeman about the abuse of puppies is simply not acceptable As they say in the Cape he is a Naai - may a virus bring him down and may there be no medication available to treat him

#CarteBlanche charge that commander of the @SAPoliceService dog training facility and fire that excuse of a spokesperson with his politician like answers.

#CarteBlanche what about Mirror Trading International? Sounds symilar. Also not regiatered with FSB. Earn in crypto

Brigadier is giving a diplomatic answer. Very inadequate. If these puppies are seen as Members of SAPS, then regard where they live as their Office Space... #carteblanche

Parvovirus is incredibly contagious. But could more have been done to save these police puppies? #CarteBlanche

An interest of 5% weekly and 20% monthly for an investment?! No freakin How are we still so gullible in this day and age? @carteblanchetv #carteblanche

Also this bring us questions around ownership of the moon, who will own hectares of land in the moon? Will we have another colonisation of the moon or will humans f*ck up the moon like they did on earth?? #carteblanche

Could mining on the #moon become a reality? That’s what numerous countries and dozens of private companies are investigating as the new race to the moon gathers unprecedented momentum. That’s #CarteBlanche tonight 7pm @MNet.

Following the arrest of eight men alleged to be the masterminds behind the over R2-billion VBS Mutual Bank heist, we look at the money trail and disentangle the web of collusion. That’s #CarteBlanche this Sunday at 7pm on @MNet channel 101. @MasaKekana

@_CarteBlanche_ I was stuck watching it ride that I honestly didn’t think it was going to stop there, but it hit resistance Oh well. Debt free +$55MM in the green. 😎

The BIG error of the rhino dehorning shown on #CarteBlanche - the horns are sent to “state vaults”. Only a matter of time until some vermin anc comrade steals those sirely. #rhino911 @Rhino911NPO

Thanks for your tweets. Join the #CarteBlanche team again next week Sunday at 7pm on @MNet channel 101. And remember to keep an eye on our social feeds and website for the latest updates and line-ups.

The faecal detritus that butcher rhinos on #CarteBlanche. The vermin we have to share our country with. PS why don’t the poaching vermin also just dehorn the rhinos humanely? Oh! Of course, they’re savages.

#CarteBlanche# a terrible world we live in where people have to deform rhinos to save them from the greed and stupidity of horrendous deaths and injuries these magical animals suffer are just tragic!

Rhino poachers are such losers. Now these animals have suffer and this team have to do this unnecessary task. #CarteBlanche

Nico Jacobs from Rhino 911 says it’s not a long-term solution. But a dehorned rhino is better than a dead one. #CarteBlanche

This was great story. I feel for the shareholders who lost their money👎🏾 #CarteBlanche