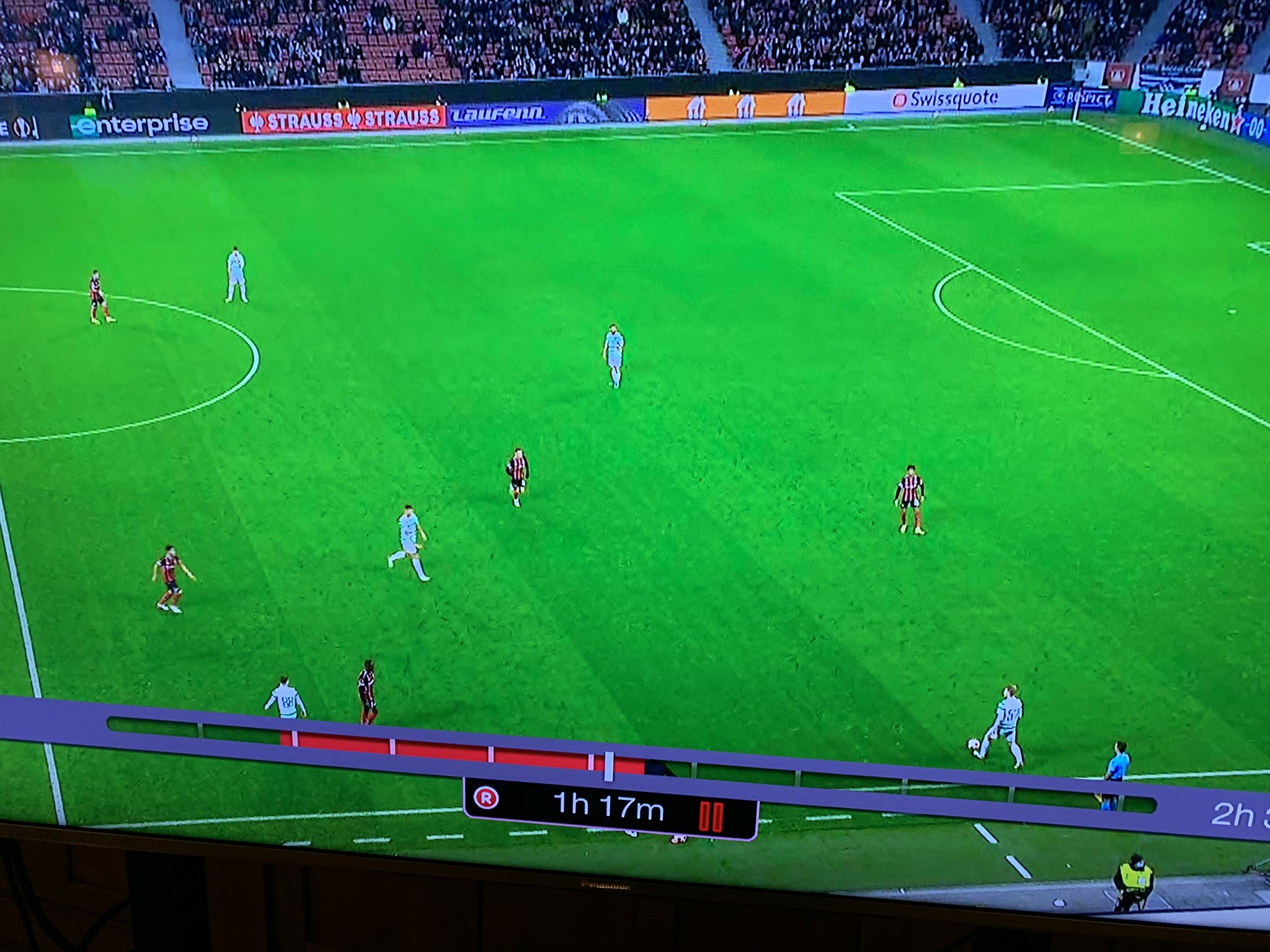 Bitton often the whipping bhoy, game changed when he went off tonight. Big man has been solid as a 🪨for us recently 🍀

@BigLynchy @byars_paul We missed Bitton in the middle of the park. He was having another good game, McCarthy never done much wrong when he came on, but he’s just not as good as Bitton. Abada an Johnstone quite wasteful in possession, particularly Abada.

Credit where Credits due. I’ve never been Nir Bitton’s biggest fan but he was fantastic tonight, and him going off affected the team greatly #CelticFC

As soon as Bitton ,Kyogo and Jota went off our quality dropped. Calmac passing been poor for last couple of games and the subs are simply not quality required for Europe

@jaimelawson08 @mcgowan_stephen We need a stronger squad and hopefully that will change come the transfer window cause the subs used weren’t good enough, Bitton was covering the defence well until he had to go off, McCarthy came on for and didn’t step up and was also too slow in trying to shut players down.

Forrest in this in unreal btw. Somehow finds that first pass, watches the line to stay onside then plays the ball in to find Bitton. The type of experienced player yer needing in Europe.

@misterglenbaker That was VERY apparent. It also showed how effective Bitton had been up until he went off.

@greenchakra381 I think that person is way off the mark. But one thing I will say is we missed Bitton when he had to go off and those are words I never thought I’d utter lol

@DrKyogo Can’t agree with you, Forrest was nackered and Bitton was injured, and the quality wasn’t available on the bench to replace them

@DrKyogo @iain_queen Ye he did. Bitton was injured, forrest jota and especially kyogo had run themselves into the ground.

Had the game til we took off Kyogo and Jota. Losing Bitton was a blow n all. Decent game just disappointing result

Understand the Forrest change maybe could have kept jota on for a while longer .. but think the loss of Bitton was the killer was having a great game.

Unlucky to lose to a team that have the best home record in the history of the EL. We’re in the same spot as pre-match, really good 11 with no quality in depth. Pains me to say it but Bitton off injured was the biggest factor in the defeat. He was immense. Sunday it is.

For 80 mins we had Leverkusen were we wanted them. Bitton was fantastic the attacking 4 with all the movement and imagination. The fluidity was there 3/4 more players away from a better European campaign

Nir Bitton spraying his passes around like an Israel rocket tonight, not giving a fuck who they hit

genuinely what else could he do there, front 3 were all shattered from the press and bitton goes off with a concusssion, if only our multi billion pound owners could’ve spared some of there pocket money in the summer for some squad depth

What a counter attack. Angeball at its best. Bitton nearly messed up the final pass but luckily we got a 2nd bite of the cherry.

@weeevee I don’t think we can play him and Rogic V Rangers. I also dont think we can afford to play Bitton, too slow. I’d love to have McCarthy up to speed so we can play McGregor and Rogic further up but the fact that Bitton is in front of him says a lot

@hardiiia Leverkusen could easily go up a gear in all honesty. Playing against quality teams like this shows up the likes of Turnbull, Bitton and sad to say Ralston.

@EdBhoy1888 Bitton and Turnbull too slow against them and NcGregor has had a stinker. You’ll take it however and regroup!

@CelticGossip They are cutting through us at will. The fact it’s 2021 and Nir Bitton and Tony Ralston are still playing in Europe for us is shocking. Squad needs improved massively.

If we’re going to go out of the Europa League then maybe we can use the game to push a couple of learning points. 1) Bitton really isn’t good enough, despite the notion this week that he is. 2) Just get the best RB at the club playing…right back!

I could pass Covid easier than Bitton could pass the Baw. And I’ve had three vaccine jags.

“This one’s for you Nir Bitton. If you can go 5 fucking minutes without giving the ball away i’ll donate 100 thousand dollars to a charity of your choice”