Denly nicks off to the cordon, and the final session is starting to tilt the game towards the hosts. #SAvENG 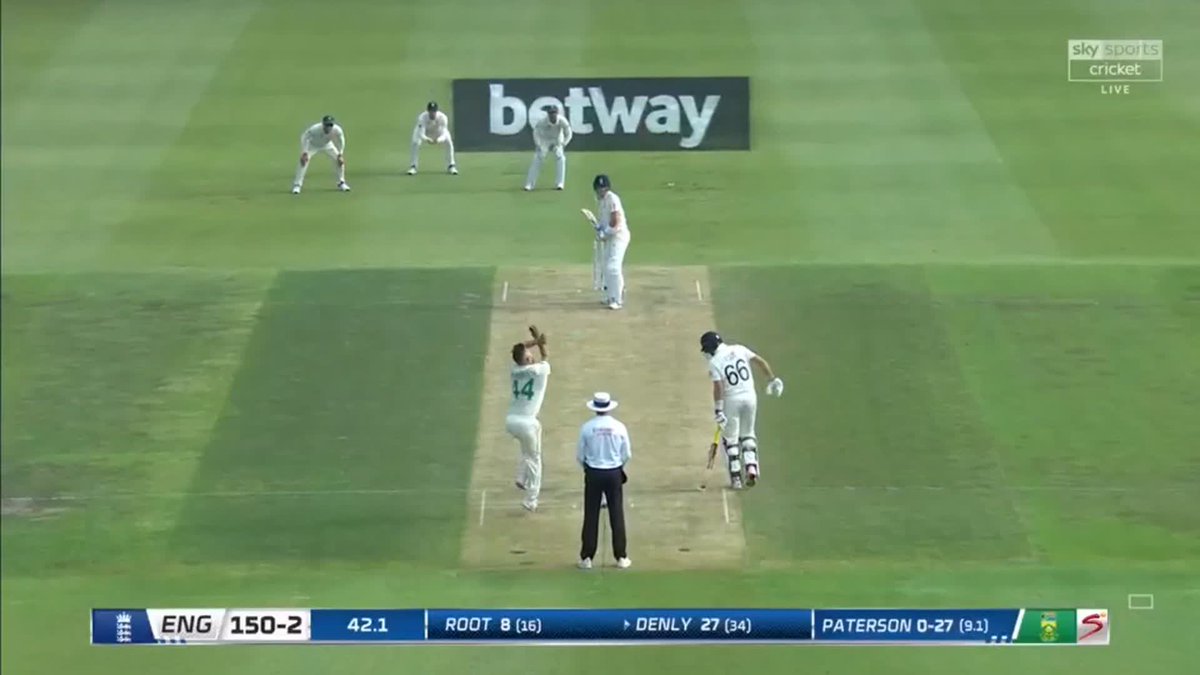 @bbctms I feel denly should be dropped for Burns and Crawley slips to 3. Foakes in for buttler. 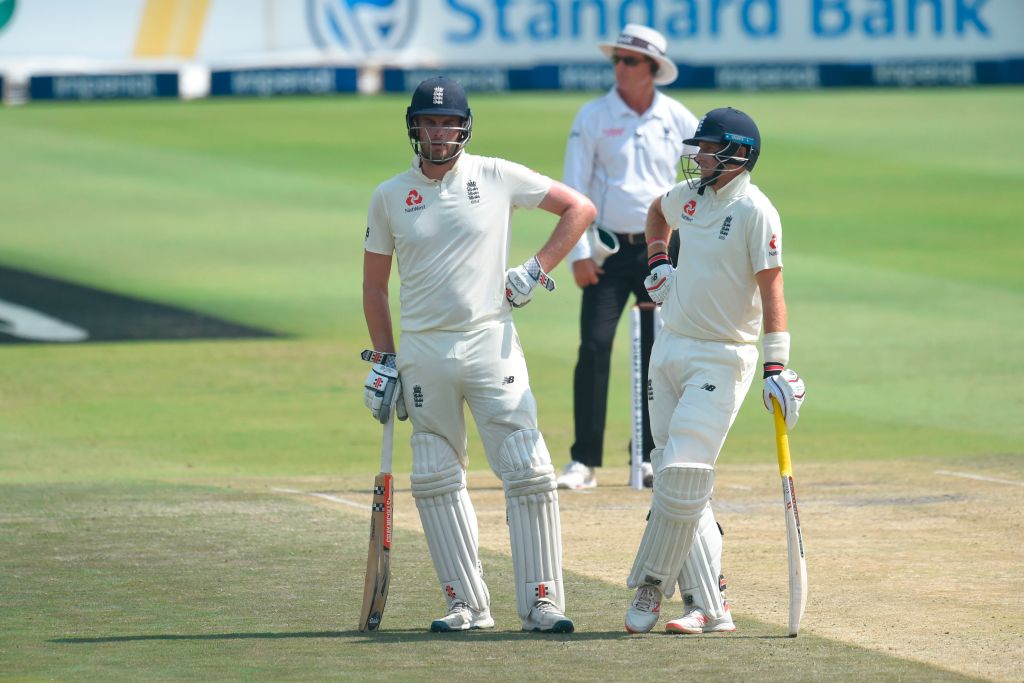 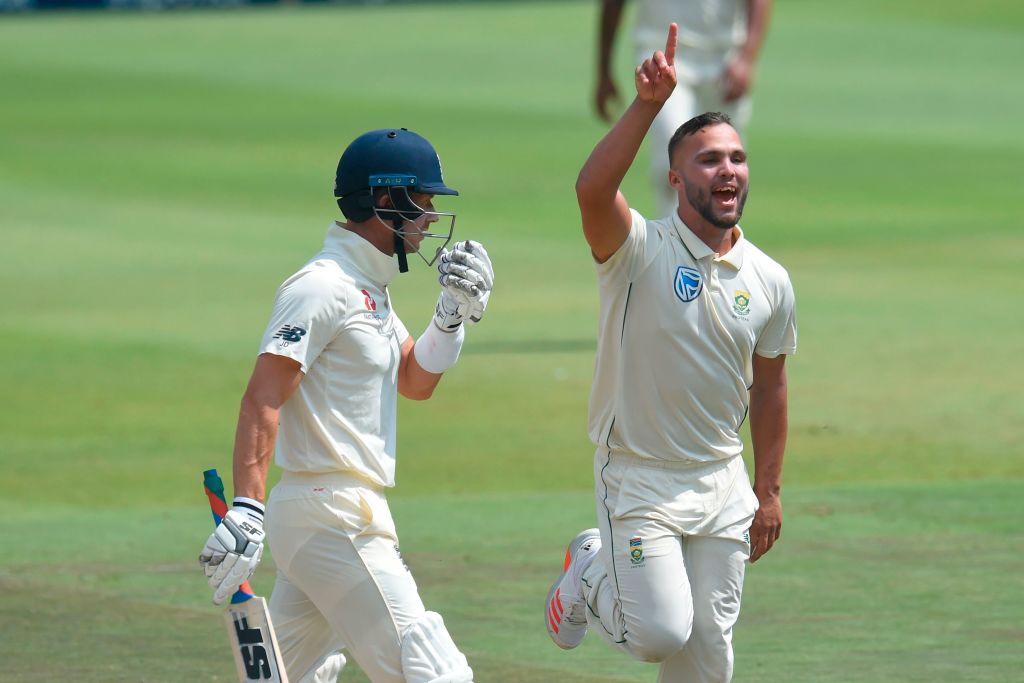 Swap Buttler for Foakes and Denly for Crawley, with Burns going back in at the top and we have the makings of a really good test side.

Dane Paterson seems to be enjoying himself out there this afternoon and bowling better. Excellent delivery nips back to bowl Joe Denly off the pad for 8. England 75-2, 292 ahead

@dannyw1989 That was amazing. Two seconds of awkward silence at the moment of realisation before saving the day with ... and it looks like Joe Denly has caught the bug. What a pro.

The anti @joed1986 Twitter brigade are 🥱 -Moved all over the place to accommodate others. -Missed 🔴 last summer as 🏴󠁧󠁢󠁥󠁮󠁧󠁿 flirted with him in ODIs. -Previously faced excellent attack v 🌴, 🇦🇺, 🇳🇿. -Meanwhile Crawley (no issue with) has 1️⃣ Test 50 🤔. #Denly #SAvENG

@Strauchanside Nope. But the application has been there for Denly and he deserves to go

@bbctms When Burns comes does Denly get pumped and Crawley at 3!! Out in the 20s again but was dropped twice. Needed a big score really.

@Suhel_81 Well if it doesn’t happen for Denly in this test I think he’ll struggle to do it in Sri Lanka! Then by the time the Windies arrive in England it wouldn’t surprise me if he’s not involved and his chance to do it may be gone forever

@jonthfc Through no fault of his own, but I feel England mishandled Roy. Anyways wish Denly gets another chance to score a century his grit and determination deserves.

@SteveMortlock I do like Denly .. but he certainly needs to settle into test his technique needs improvement

@Suhel_81 You’re right mate, Roy has never opened for Surrey. Denly ended up being the one to move up and down the order to try to allow Roy the chance to shine but to no avail. Denly is a squad player imo but his age dictates that his England career won’t be a long one anyway

@RussMilsom SL a tricky one as Denly will provide spin. But we could shift everyone up one and get Foakes in.

@Suhel_81 Everyone agrees 😉 I like Denly a lot but I fear he’s only there as a stop-gap. If Roy had taken his chance during The Ashes last year or if Burns didn’t do his ankle then there’s no chance he’d be playing. Get back to Canterbury Joe. Kent needs you more than England does #SAvENG

@Glen_WHU64 Surely going forwards the top 3 must be Burns, Sibley & Crawley. Denly looks all over the place

Denly nicks off to the cordon, and the final session is starting to tilt the game towards the hosts. #SAvENG

Wicket ☝️| ENG: 150-3 Brilliant! After a number of missed chances and a couple of unfortunate moments, the Proteas finally have a break through. Denly is out caught by van der Dussen at slip, Paterson is the bowler. The Proteas have 3 wickets in the session. #ProteaFire 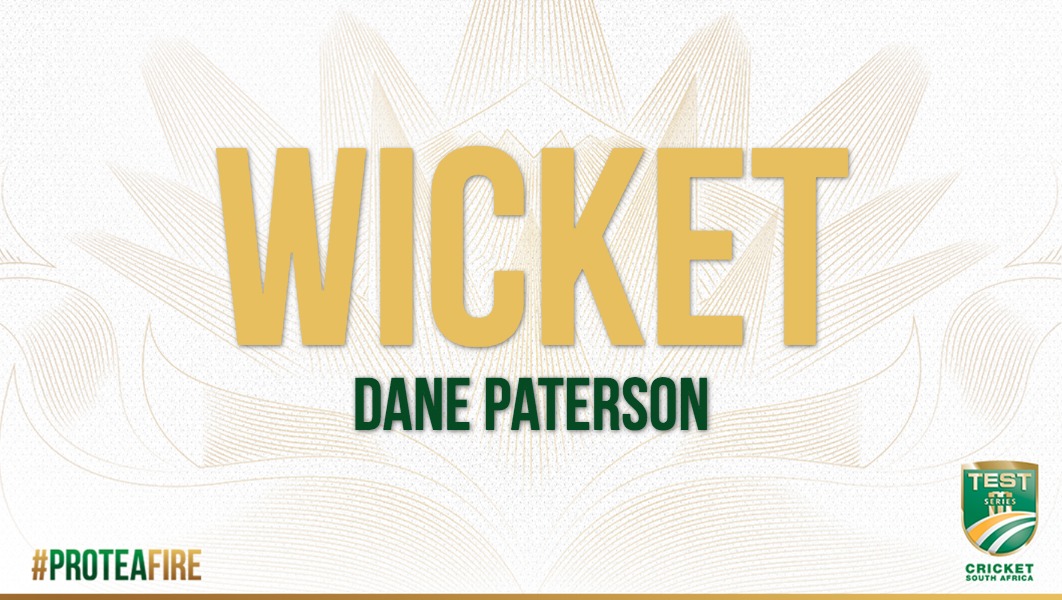