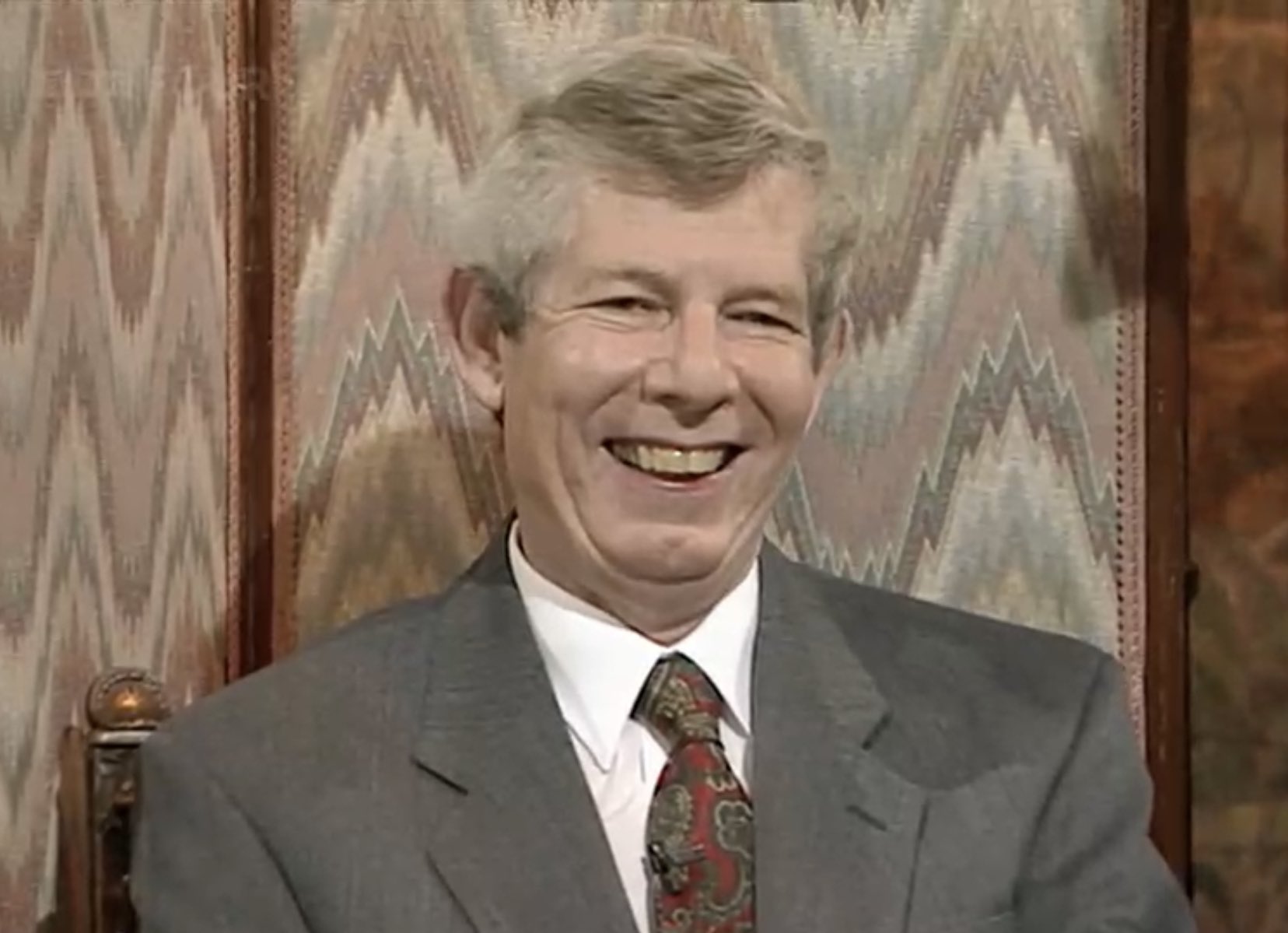 Some of the jokes & situations may be dated now after 30 years but the productions values, the relentless pace, the entertainment & content was incredible. This broke the mould of live Saturday night telly - please show more #noelshouseparty @NHPat30.

Well that was fun…for 50 minutes I was 8 years old again sat round the tv with my family. And from where we’re sitting a phenomenal response compared to some of the other Saturday night repeats BBC Four have shown. #noelshouseparty.

Thank you for all the lovely messages. Scanning social media tonight, it looks like Noel got his wish. Memories were kind! #noelshouseparty.

Well, my whole enjoyment of that particular ep of #NoelsHouseParty was ruined by repeated close-ups of Derek Jameson’s plaque and tartar encrusted gnashers..

Aw well I enjoyed #noelshouseparty. My kids understood most of it. I still got the fear they’d go to us for NTV. Same time next week? No, just me….

They need to bring this back, it made your Saturday night epic as a kid #noelshouseparty.

The sheer pace and excitement compared to modern entertainment shows that drag everything out for cheapness #noelshouseparty.

#noelshouseparty tory leadership contests were more fun in the 90s.

I’m assuming that tonight’s showing of #noelshouseparty is a testing of the waters for a full @BBCiPlayer upload.

Cannot believe I didn’t know they were showing #NoelsHouseParty tonight.

#NoelsHouseParty. Quite an amazing achievement of what could be done live in the name of entertainment. Just thinking about all the things that could go wrong is mind boggling..

#NoelsHouseParty is trending and, honestly, you had to be there. It was a fun time in television where you just had prime time mayhem. And no Ant and Dec, the absolute pretenders..

Wonder if Ant and Dec were watching #NoelsHouseParty for more ideas for Saturday Night Takeaway 🤦‍♂️.

Back when the BBC had loads of hits they could use stars from. Also an era of BBC/ITV/Ch4 exclusive stars. So it was a much bigger deal when you saw non BBC faces turn up. At one point ITV banned their stars from doing #NoelsHouseParty as it was beating them in the ratings..

Great to see gunge making a comeback on Saturday night, even if it is in BBC4 😜 #noelshouseparty.

The greatest of throwbacks happened today. I miss the BBC4 thank you! #noelshouseparty.

A personal highlight was sitting watching it with my 5 year old daughter who was asking me why people were coming to the door, why we could see in people’s houses and then me explaining why she should keep watching the gunge tank…it’s still got it! #noelshouseparty.

On BBC4 last Saturday they showed one of my fave childhood shows “Bruce Forsyth’s Generation Game” and this time it was #noelshouseparty, always made my Saturdays! @ChallengeTV please consider showing repeats of these 2 shows, it would be really great!.

#noelshouseparty is trending. My guess is either Netflix has announced a gritty reboot called Crinkley Bottom Begins or Noel Edmonds has shot Clive Anderson??.

In case you were wondering, the answer to the quiz question about the New Zealand v England test match was #NoelsHouseParty #bbc4.

Making me nostalgic for Saturday nights as a waine begging my parents to watch anything else. Even static. #noelshouseparty.

Trying to explain to my confused 7 year old how #NoelsHouseParty was the height of entertainment on the BBC for us kids in the 90s. He was unimpressed. There was a distinct lack of Blobby which could have changed his.

I saw #noelshouseparty trending at #2 and wondered who I would find commenting on it. Should have guessed really. 😂.

Nah, I can do reruns of #TOTP, but #NoelsHouseParty is a hard pass. A very hard pass..

The Man from the Tracker Advert

I see #noelshouseparty is trending. Bet that cunt bricked it every time the doorbell rang.

#NoelsHouseParty is, by some considerable margin, the worst thing to ever appear on British television. #noelshouseparty.