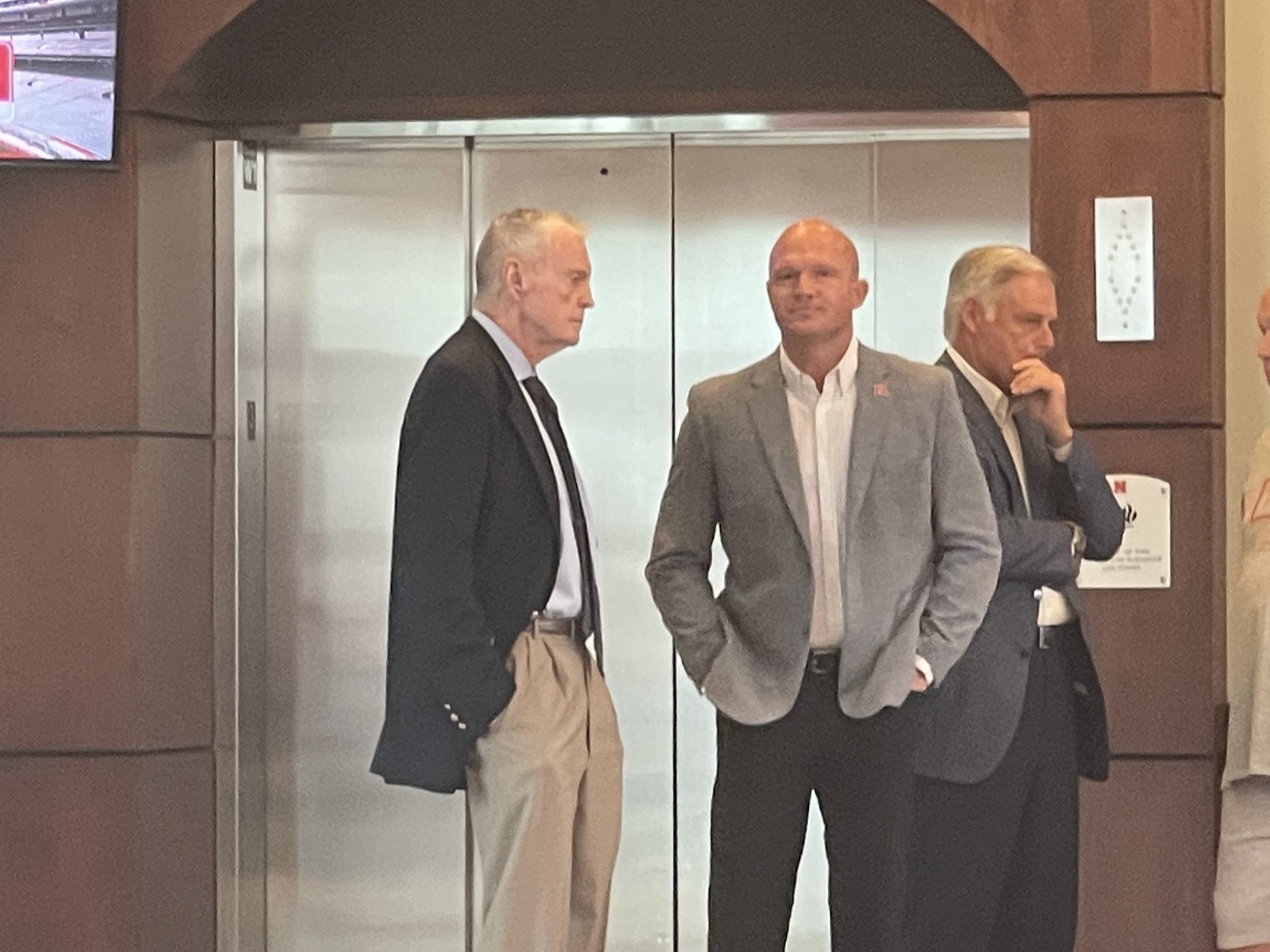 Just wrapping with Trev Alberts and done with the first 15 minutes of Scott Frost today in Indy. Bring your questions to me.

Scott Frost spent 15 minutes at the #B1G Media Days podium, mostly taking quesitons on his #Huskers team, NIL, recruiting and more. You can get a quick recap on what he said below. ⬇️

This slogan take is the best take that Scott Frost has ever had. I know he once had a take about Nebraska deserving a natty. This take is better.

PJ Fleck: Row the Boat. Ski-U-Mah. Go Gophers. Mike Locksley: No BCEs. No bitching, complaining, or excuses. Scott Frost: If we need slogans to get players to play harder, I don’t have the right players.

@Birm Could Scott Frost be any more different than PJ Fleck? They should have had Frost follow Fleck at the podium. The contrast would have been awesome.

Scott Frost on his QB, Adrian Martinez: “I couldn’t be more excited for Adrian than I am. I’ve walked in his shoes. He’s already lived the highs and lows of Nebraska. This is the most comfortable I’ve seen him in who he is, the most confident I’ve seen him in his talent.”

One line take from Scott Frost: “If we need slogans to get players to play harder, I don’t have the right players.”

FWIW: I like how Scott Frost gives a brief opening statement then opens it up for 15 minutes of questions. Some coaches enjoy the filibuster approach to much

Scott Frost is decidedly not here for this bullshit. And I, coincidentally, am here for that.

Scott Frost on playing in Week 0: It extends the year by a week, but it gives us another bye week. . . . We are playing a new team with a new coach, so we will be doing a little bit of guesswork.

Scott Frost has a look and vibe of a politician that peaked too early before an official presidential cycle.

I also understand why PJ Fleck vs Scott Frost is such a natural rivalry. Polar opposites in how they go about things. It would be great if both find success and stay in the B1G West for a long time.

Scott Frost: Not into slogans or mantras. (None are going to top “No BCE’s: bitching, complaining or excuses” so that’s probably for the best.)

LOL. This guy just asked Scott Frost about his recruiting failures and then listed off guys from Nebraska by and the schools they committed to. Onions.