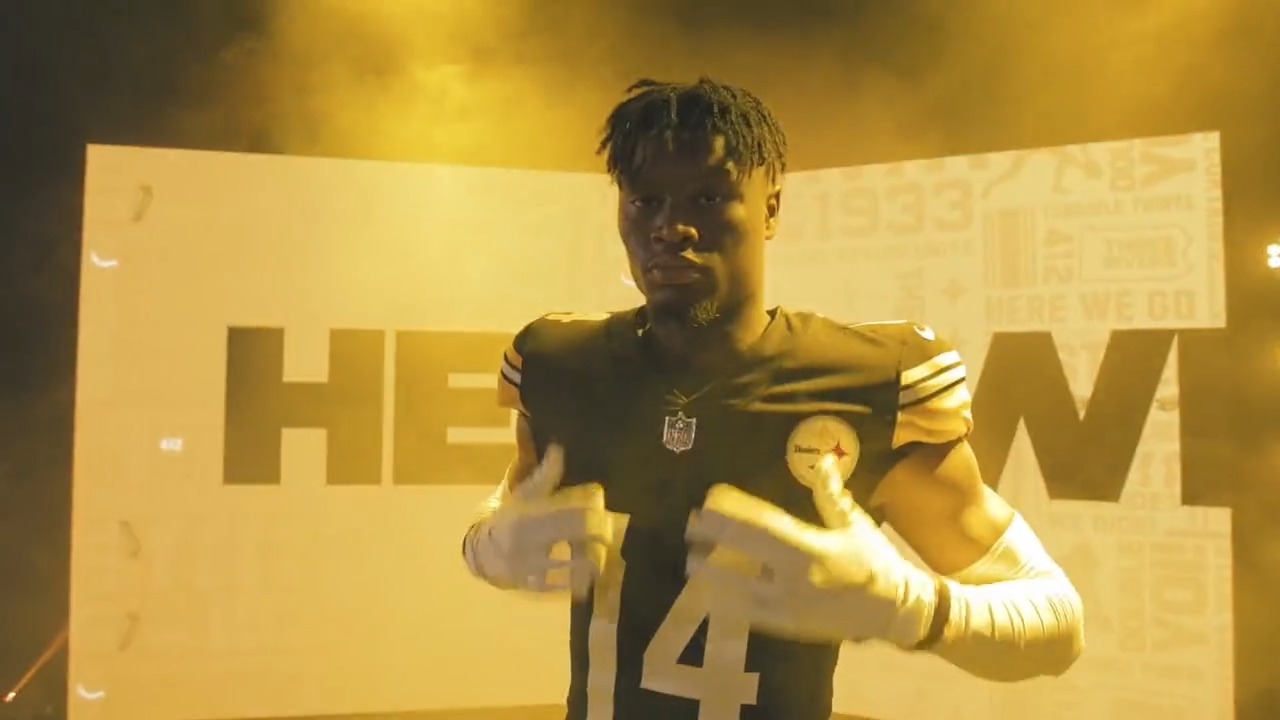 We got hustle though, ambition, flow inside our DNA 🧬 @kendricklamar | #PITvsCLE | #TNF.

It’s breezy and cool tonight and Pittsburgh is missing their star defensive lineman, so you know what that means. Gutting it out in the trenches. Hardland football. Just kidding. Everyone expects us to run so you know what we’re gonna do? AIR. IT. OUT. #Browns #PITvsCLE.

Is Al Michaels actually going to be the guest picker for College GameDay this Saturday? I think Kirk Herbstreit was just being sarcastic. Playful jabs is all. #PITvsCLE.

Ill never understand how a play can happen when there’s a pre snap procedural penalty. That PI shouldn’t count bc the play shouldn’t have happened. #PITvsCLE.

Some nights are quarterback duels, tonight will be more like a quarterback noodle fight #Steelers #PITvsCLE.

Bend and Break De-thruway tonight for Pit, Weatherspoon looks like in his doubt coverage mode again from earlier in his career. #PITvsCLE.

Me watching that George Pickens One Hand Grab 😂😂🔥🔥🔥 #PITvsCLE.

Lmao Claypool accidentally runs into a defender and they call pass interference, yeah see where the refs are biased tonight. #PITvsCLE.

#PITvsCLE They pay Clowney waaaaayy to much $ for you to absolutely never hear his name in a game..

It cannot be more obvious the @NFL is rigging this game for the Steelers. The pass interference call should not have been called because the play should have been blown dead. This is criminal. #PITvsCLE.

But just how funny would it be if the Browns lost a lead in the last 2 minutes for a 2nd time in 5 days? #PITvsCLE.

#PITvsCLE Up two scores, 2 minutes, steelers almost burned their timeouts, this is the beginning of the end.

Not sure if both teams are really trying hard to win, or both of them suck that bad. #PITvsCLE.

Say what you will about Cleveland, We’re loyal. We’re built different. Hell, they don’t have to win anymore this season… #PITvsCLE.

@FanDuel did y’all call in on the last play of the game & crush the +800 boost? #PITvsCLE.